And a much-anticipated Crash Team Racing remake, too.

The Game Awards was quite the lively event. Alongside recognition for the industry’s best and brightest, it was an opportunity for new games to be announced and shown off to the world. For Nintendo’s Switch, we caught wind of three new games headed for the handheld that has taken the gaming world by storm.

For starters, Mortal Kombat 11 is real, and it’s headed to Switch. The latest entry in the storied franchise will house a sizable list of characters both new and old, as well as introduce new gameplay mechanics to liven up the franchise. We’ve even got a release date already, with Warner Bros. announcing it will arrive April 23, 2019.

Another surprise announcement was Marvel Ultimate Alliance 3. Not only were we surprised that this series is getting a new entry, but we also learned that it’ll be exclusive to Nintendo Switch!

Marvel Ultimate Alliance rose to prominence in the previous generation as a beat-em-up game featuring all your favorite Marvel characters such as Spider-Man, Captian America, and Iron Man. As with the previous games, you’ll be able to team up with three of your buddies (so four-player co-op) to take down Marvel baddies. The game is being developed by Team Ninja, a studio adept in the world of fighting and action games. It’s the same studio responsible for Dead or Alive, as well as the modern Ninja Gaiden games.

We also learned that it’ll employ a behind-the-shoulder camera angle to get you closer to the action. This should be good news for critics of the previous games who felt its awkward level designs, stale fighting mechanics, and unwieldy camera angle held it back from being something special.

Crash is back! Crash Team Racing Nitro Fueled is a full-blown remake of the original. It’s been rebuilt from the ground up with new graphics and a new gameplay engine, but it features all the same fun racing modes you remember from the original PlayStation classic. Of course, online play will be onboard for those who want to relive the glory days with friends.

This package will run you just $40 when it launches, though passionate fans can grab the $60 Nitros Oxide edition which includes Nitros Oxide as a playable character, a new unique cart to go along with him, and additional skins. Look for it to race onto the Switch June 21, 2019.

We’re still not entirely sure what Sayonara Wild Hearts actually is. It’s made by the small-but-passionate Swedish studio Simogo (of the cult hit Year Walk), and it’s a progressive-looking title that favors purple and pink in a trance-heavy art direction. The trailer showed some sort of biker gang ripping the streets in a title that seems to lay the neon-filled vibes of the 1980s on thick. It’s one to keep an eye on for sure, with its launch slated for some point in 2019.

Will you be picking any of these titles up for your Nintendo Switch when they launch next year?

Where’s the best place to buy the DJI Smart Controller?

How to replace a lost Jabra Elite 65t earbud

Slim Folio Pro is a typist dream, but weight is a heavy price to pay 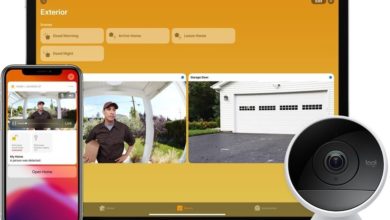