Super Smash Bros. Ultimate is the latest title in Nintendo’s storied brawler franchise. It boasts the biggest roster ever, with the most ways to play we’ve seen in a single Smash game to date. And thanks to the advent of the Nintendo Switch, you can play it how you want, where you want, whenever you want. For those reasons alone, it deserves your attention.

It’s not completely flawless, but Nintendo spared no expense in making sure Super Smash Bros. Ultimate was a game that you couldn’t pass up.

Super Smash Bros. Ultimate is squarely positioned as a game that celebrates all the rich history of this franchise. Back from the days of the original Super Smash Bros. on the Nintendo 64 all the way through today, Nintendo has included every single character, fighting stage, and even music tracks that have ever appeared in a Smash Bros. game. The final roster count sits at 74, and that’s before we even get any DLC characters.

And while Super Smash Bros. most certainly is a calling card for those series veterans to come back and relive the glory days, it doesn’t lose sight of the need to appeal to today’s demographic. As deep as the game has gotten in terms of fighting mechanics and strategy, it’s still easy to pick up and play and serves as a premier party game that anyone can enjoy.

The game is best described as something that feels familiar, but refreshing. Controls have been simplified and streamlined, with both basic and advanced attacks being just a couple of easy button combinations away on any given fighter. And fighting mechanics have been tightened in ways that don’t feel revolutionary but still manage to contribute to overall feelings of advancement. This is largely thanks to Nintendo’s relentless commitment to relieving players of the series’ long-standing pain points. That feat was achieved by equipping the game with the most comprehensive customization options yet for controls, match types, and more. You can even customize a fighter to be weaker or stronger than Nintendo made them if you are unhappy with their stature.

Plus, there’s a lot of actual new stuff here, too. Spirits are the biggest example of that. This new gameplay mechanic lets you buff your fighters up to be stronger, and also affords them with new abilities that can help give you the upper hand in your battles. There’s a whole mode dedicated to it called World of Light where you battle Spirit-powered versions of your favorite fighters. With almost 1,300 different Spirits in the game — all of which are represented as characters from franchises by Nintendo, SEGA, Capcom, Konami, and more — there are a ton to collect.

Nintendo doesn’t intend for Spirits to become a central focal point of serious Smash gameplay, with your only opportunities for using them being in World of Light or custom battles both online and locally. But it’s nice even from a collector’s standpoint, and the beauty of the internet is you’ll most likely be able to find like-minded individuals to enjoy it with. For everyone else, Spirits can still be a nice side activity for the collectors and completionists of the world, and that makes for a very meaty offering.

And then there’s the rest of the cake to be enjoyed. Classic mode takes you through a whacky series of themed battles until you reach a final boss. Do well enough and you can earn greater rewards. Training mode gives you ample tools to work on your game. Mob Smash throws a horde of enemies at you to do with what you will. You can run tournaments, tag team matches, sudden death battles, or matches where everyone is twice as fast and twice as big.

The number of options on tap can even be described as overwhelming at times, but the point is that Super Smash Bros. Ultimate can appeal to any type of gamer, whether you’re aspiring to challenge the pro scene, entertaining guests with a party game, or just after some quick fun when you have some time to kill.

The bad: Online performance is hit or miss

Super Smash Bros. Ultimate has all the tools it needs to support any type of gaming habit or scenario when there’s only local play to consider, but for many of us, online multiplayer is the only way to enjoy the game with other people. To say that Nintendo’s history with online gaming is shaky is an understatement, and I went into this thing hoping to be pleasantly surprised.

Nintendo gets the online structure right here. You can use quick play to jump into a random match with any rules, set up your own battle arenas with custom rules and settings, or use the matchmaking feature to find fighters looking for similar stipulations and parameters such as item usage, win conditions, and level modifications. My only gripe in this regard is that I would have preferred a more traditional ranked ladder over the global score system which tracks how many more players in the world are better or worse than you, but that’s just me.

Connection quality is another thing entirely. I’ve managed to play a few games where there was no lag to be found, but a vast majority of my matches in the early going have been brutal, to say the least. Lag spikes can come out of nowhere and literally bring games to a screeching halt. You can even see the loading icon spinning in the bottom right while the game struggles to keep everything synced up. The result is a stuttery mess that is borderline unplayable.

When it works, it works well enough. There’s a tiny bit of input lag as to be expected with online gaming, but not so much that I felt like it hampered my ability to play or enjoy the game. But when it’s bad, it’s bad and you’ll be begging to go back to the main menu.

I’d chalk it up to Nintendo servers being hammered, but everything is purely peer-to-peer once you’re fighting in-game, meaning I’m most likely at the mercy of my opponents’ connection quality (or my own, perhaps, on the rare days I suffer hiccups) for a pain-free session. It’s essentially a coin flip whether random online encounters will be a smooth experience. And even when I’m playing folks in my own circle whom I know to have solid connections, what are we to do on days when the internet simply doesn’t want to cooperate?

Unfortunately, it’s something that is likely out of Nintendo’s hands from a technological standpoint, outside of the company using the money it’s now making from the premium Switch Online service to deploy dedicated servers. That’s a fair knock on Super Smash Bros. Ultimate’s online experience as a whole, because despite given the perfect opportunity, Nintendo simply decided not to put its best foot forward here.

Truth be told, Nintendo would have had to try really hard to ruin Super Smash Bros. Ultimate. With years of constant feedback from both the casual and pro communities, the company went into this title with a blueprint for almost guaranteed success. The core Smash experience benefits from a great deal of polish, and there’s no shortage of options to make it the exact type of game you want. It has the jam-packed roster to match, and new ways to play will keep the game fresh no matter how much you decide to play it.

Nintendo still hasn’t fully solved the online puzzle. While what we have in Super Smash Bros. Ultimate is miles ahead of what it used to be, we’ll keep our fingers crossed that the company will eventually see the value in deploying dedicated servers to make for smooth battles no matter how far away our opponents are.

With the biggest roster ever and the most ways to play, this is the one Smash bros. game that everyone needs to own.

If $60 is a bit too much to part ways with, or if you’ve never played Super Smash Bros and are wondering if this Switch version is right for you, you should give Brawlhalla a chance. The free-to-play game is unashamedly inspired by Smash Bros. It doesn’t have the star power, design variety, and depth that Super Smash Bros. Ultimate does, but it also doesn’t cost you a single penny to get started.

Brawlhalla may not be able to match wits with the game that inspired it, but with no price tag to speak of, there’s no reason not to give it a try even if you have your heart set on the real deal. 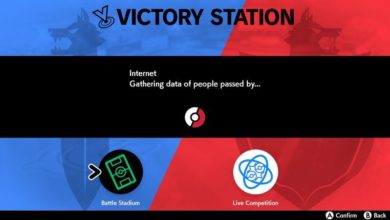 Dear iPhone users: Please don’t forget that a green bubble is a person.

Get Extreme performance with this discounted SanDisk 400GB microSD card