Philips Hue’s smart lighting line can give you everything you need from smart bulbs to smart accent lighting, but there’s one place where its product line fails to — pardon the pun — shine: Its smart light strip. There are alternatives, similarly priced strips that offer more functionality and alternative, lesser priced strips that offer the same functionality. If you’re looking to save a little money while adding smart accent lighting to your home, check out these alternatives!

The LIFX Z smart LED strip is easily my choice for the best Philips Hue alternative. This 6.6-foot strip has eight individual zones, meaning you can alter the color of each of these zones independently. Instead of a single accent color, you can paint your wall or entertainment center with multiple colors, creating all kinds of fun looks. The LIFX Z works with Apple HomeKit, Amazon Alexa, and the Google Assistant, which means you’ll be able to use your voice to control your light strip on an iPhone, an Amazon Echo, a Google Home, or any number of other smart devices. The strip is also incredibly bright and full of color — it cranks out a whopping 1400 lumens in 16 million colors and white color temperatures.

The Sylvania Smart+ Light Strip starter kit nets you three two-foot LED strips (six feet in total) that you can adhere and mold into all kinds of shapes. With three individual strips, you can add some lighting to your favorite bookcase, create a cozy light feature for your kitchen cabinets, add some bias lighting to your television — the modular nature of this kit means you’ve got loads of possible arrangements. You will need a ZigBee hub to control this lighting kit but once you’ve got one, you’ll be able to control your light strip with your voice using the Google Assistant and Amazon’s Alexa voice assistant.

You won’t need an additional hub to make the Nexlux LED Wi-Fi Strip work, the free app handles all the color changing and brightness settings you want. Plus, it can even function with Alexa or Google Assistant. While the Nexlux strip is very low-cost, it also lacks the brightness and multiple color zones that other strips have; however, you do get 16-feet of the strip, which is at least twice as much than most of the competition.

While there isn’t a ton of competition in the smart lightning strip department, Philips Hue isn’t the only one around. The LIFX Z Smart Light Strip is the closest in both features and functionality to the Philips Hue strip, so if you’re looking for a slightly cheaper option that does sacrifice anything, it’s your best bet. Regardless of which option you go with, a smart LED light strip will allow you to light your home your way. 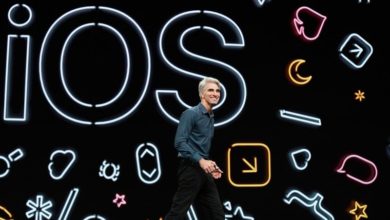