We’re obsessed with the Nintendo Switch and do all the research for accessories and peripherals that can enhance that experience.

The Nintendo Switch Pro Controller is well built and has all the tools it needs to take full advantage of compatible Nintendo Switch games. It’s wireless, ergonomic, and supports all of the Switch’s unique features such as amiibo and motion controls.

HORI’s option for those who want a more ergonomic Nintendo Switch controller is respectable, and at $20 it fits into a tight budget. However, even with the savings, it’s still hard to justify something that doesn’t give you the full Switch experience.

The Nintendo Switch Pro Controller has everything you need to get the most of your games on the Nintendo Switch. This should be the first option if your budget calls for it, and even if it doesn’t, it’s worth the extra time to save up for something you won’t regret buying. The HORIPAD should only be considered as a last-ditch option if you absolutely can’t spend more money.

You want all the goods

It’s simple: You shouldn’t consider the official Nintendo Switch Pro Controller as an option, you should consider it as the option. Nintendo gives you everything you’re looking for in this package.

It’s more ergonomic than the HORIPAD, with time and attention clearly being paid to the contours and curves to make for more comfortable gaming sessions. It feels like a quality and reliable electronic and doesn’t give you the feeling that it’ll fall apart in your hands. The grip it gives you is important in intense games like Super Smash Bros. Ultimate or Diablo 3.

It’s also far superior in terms of functionality. There’s full support for vibration, amiibo, and motion controls, all of which are important features for many Switch games. It’s also wireless, and we all know how annoying cords are to deal with. Any opportunity to eliminate those from your life should be taken with enthusiasm.

The HORIPAD controller for Nintendo Switch simply can’t match the official Pro controller where it counts. It has all the face, shoulder buttons, and analog sticks you need to play most Switch games, and that’s cool if you just wanted something simple with a better grip. It even attempts to make a case for itself with a convertible D-pad configuration and a programmable turbo button.

What happens when you want to scan your amiibo into Super Smash Bros. Ultimate, or if you want to throw a Poké Ball in Pokémon: Let’s Go! Pikachu/Eevee? You can’t, because this is where HORI cut costs to make for that oh-so-attractive $20 price tag. It even sacrificed rumble vibration, something that has become almost necessary for any serious gaming controller in this day and age.

As such, we simply cannot recommend the HORIPAD for folks who aren’t concerned with a budget. Even if money is tight, we’d urge you to save up a bit more for the official Pro Controller.

Quality and comfort alone would be enough to make the Nintendo Switch Pro Controller a winner. That it doesn’t sacrifice some of the Switch’s best features makes it a no-brainer.

This should be your last option

HORI did what it set out to do: make a very cheap Nintendo Switch controller. Unfortunately, that came at the expense of features which seem far too important to omit.

Need more Switch controllers? The Pro Controller should be your first buy 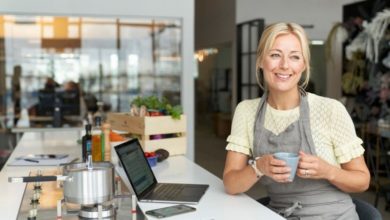 Mamut AccountEdge will not get macOS Catalina compatibility