Apple traditionally relies on other companies to create the cellular modems in its iPhone lineup, but it looks like the firm might just go it alone in the future.

According to The Information (via MacRumors), the Cupertino company has posted a job listing for a “cellular modem systems architect.” A source “briefed on Apple’s plans” also confirmed that the company was indeed actively working on a cellular modem.

Analysts told the outlet that it could take as long as three years for an in-house modem to ship in an iPhone. In other words, this means that 2021 is looking like a possible launch window if they started the project this year.

News of Apple creating its own cellular modem comes as the company dukes it out with its previous modem supplier, Qualcomm. The Cupertino company cut ties with the U.S. chipmaker over licensing payments, but Qualcomm has also insisted that Apple gave its modem-related secrets to Intel.

https://www.youtube.com/watch?v=pZUZIBa0av8 Qualcomm’s Snapdragon SoCs — or mobile platforms, as the company calls them — are the most common chips in the Android smartphone space. Despite having its own Exynos chipsets, Samsung uses Snapdragon for its Galaxy …

The legal battle took another turn this week, when a Chinese court granted a temporary injunction against Apple on Qualcomm’s behalf. The injunction means the Cupertino company must halt sales of several popular iPhone models in the country.

Intel is the current modem supplier for iPhones, and it’s believed that the first 5G iPhone will ship with an Intel modem as well. Nevertheless, in light of this latest news, it would appear that Apple’s use of Intel tech is merely a stop-gap measure before it introduces its own modem.

Confirmation of an in-house iPhone modem would also mean that the firm joins Samsung and Huawei in offering home-grown modems in its smartphones. But with many networks and cellular standards to keep in mind, it won’t be an easy job for Apple.

NEXT: Here are the best rugged smartphones you can buy right now 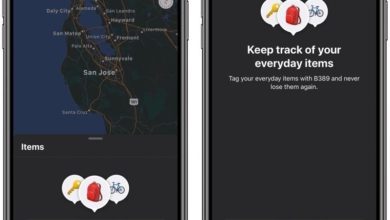 Screenshots reveal process for setting up AirTags in ‘Find My’ app?

This coupon takes $24 off Aukey’s compact Bluetooth speaker, making it $6