HTC Taiwan president Darren Chen has talked about the company’s 2019 plans at a product event in the country (via Digitimes). According to Digitimes, HTC will focus on the mid-tier and high-end devices in the first half of 2019, though it’s unclear what form these will take.

HTC HTC might be reeling on the financial front, but that’s not stopping the company from announcing the Desire 12s. The newest entry to HTC’s Desire line-up, the Desire 12s features a 5.7-inch display with …

Apparently, HTC “will continue to extend its high-end U12 Plus lineup in 2019 so as to prolong the series’ product lifecycle.” This sounds like more U12 Plus-branded devices are on the way rather than a new flagship series. Backing this idea up is this quote from Focus Taiwan: “Chen said the upcoming phones will be an extension of the latest U12 Plus.”

This could mean we see a more powerful variant of the U12 Plus released in H1 next year (the U12 Plus Plus?). Or maybe it means more colors or memory configurations of the standard U12 Plus. HTC has experimented with using the U12 Plus bones for other ventures, like the HTC Exodus 1 with its crypto-wallet, recently, so perhaps HTC has more ideas in this vein.

We’ve reached out to HTC for clarification on this.

What it seems like we won’t see is a direct sequel like the U13 Plus in the first half of 2019. This might disappoint some HTC fans but it isn’t exactly an odd proposition. The U12 Plus was released in May this year, so seeing the typical twelve-month flagship release cycle pushed back a month or two to June or July 2019 wouldn’t be surprising.

Meanwhile, Chen said the company was looking into more ways to promote blockchain-enabled phones like the Exodus 1 going forward, as well as its VR headsets.

With so many exciting smartphones expected in the first half of next year, maybe HTC would be smart to avoid major product launches at the same time with a brand new series — especially without a folding phone to compete with Huawei’s and Samsung’s devices.

That being said, HTC has been losing relevancy in the Android market for several years — if it doesn’t have any big news until after June next year, will people even notice it’s missing?

HTC representatives didn’t supply comment in time for the deadline but I’ll update this story in future if they do. Give me your thoughts on what you think is next for HTC in the comments.

Update: 06:15 AM ET: A HTC spokesperson told us they have no additional information to share at this time. 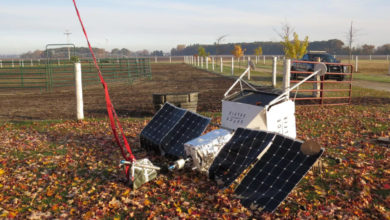