IGG, the game developer behind such popular titles like Lords Mobile and Castle Clash, is getting ready to launch its first new game in three years. It’s called Mobile Royale, and it will allow players to build and rule over their own fantasy kingdom, and both trade and compete with other players who have their own lands in this world.

Mobile Royale will let you build and evolve your kingdom in the fantasy world of Vollandia. You can build structures and place them wherever you want on your map, and you can see how your land evolves from the Stone Age to this fantasy world’s version of modern times. You can choose from six unique cultures to customize the look of your world’s buildings.

Of course, your kingdom has to have people to live in it, and Mobile Royale has several different races in its land, including humans, elves, dwarves, goblins, beastkin, and specters. You can customize the look of your heroes as well, and when you go into battle, each hero character will possess their own unique attacks and abilities.

Mobile Royale is designed to be a game where you can connect with other players and friends. You can join a guild and trade with other members via Trader Airships. Of course, this game is not all about peaceful co-existence. You must also plan your military strategy as you engage in one of this world’s Clan Wars. Each Clan has their own lore, backstory, and campaign.

As part of a Clan, players can team up with others online to hunt down monsters and discover ancient Clan Runes so they can gain extra abilities and resources that will help them in battles. Because Mobile Royale runs on just one server, players will be able to face down against others all over the world, and the game will even include real-time translations to make interacting with others even better. There are also special units called War Airships, that will transport your soldiers across the land to battle others.

Yes, there are even dragons in Mobile Royale. Even better, you can raise a dragon of your own in the game that will not only help you in battle but even boost the development of your kingdom. Players will have to occupy Clan Forts in the land of Vollandia to become even more powerful, but just one player in the game will be named as the Holy Ruler, with mastery over the entire land.

Mobile Royale combines city building with strategy in an ever-evolving online landscape, and the game contains highly detailed 3D graphics and beautiful music. It is live in a limited number of areas, including Taiwan, Singapore, Hong Kong, Macau, Canada, Australia, Norway, New Zealand, Denmark, Sweden, Finland, Netherlands, Russia, India, and the Philippines. Launching globally in 2019, you can pre-register for the game now for Android in the Google Play Store.

You can also learn more about Mobile Royale by visiting its official website. 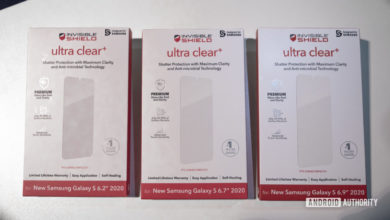 The Galaxy S10 has an Instagram mode and Adobe Premiere Rush

The Google Project Stream test is over… now what?