Let’s face facts. We all live under the safe, warm umbrella of the Play Store. There’s a good reason for that. It has the most apps, intensely good security (comparatively speaking), it comes pre-installed on most Android devices, and it usually works well. Most people know that there are other options out there, but there isn’t a ton of information about other app stores. This is something we can help with. There are a ton of other options out there. There are only a few good options, though. Here are the best actual app stores available on Android devices! This is also a good list for those who may have Android devices that don’t have Google Play services installed.

Google Play Store not working? Here are some possible fixes

How to find purchased apps on the Google Play Store

Price: Free / Varies
DOWNLOAD FROM AMAZON
The Amazon Appstore is likely the most competent app store aside from the Play Store itself. It’s the stock app store on all Amazon Fire devices. The store has a variety of apps, including big, popular names like Microsoft, Netflix, Firefox, Hulu, and others. It also has all of Amazon’s various apps and it used to be the sole home of Amazon Prime Video. This is an actual app that you can install on any Android device without a ton of issues. It also runs concurrently with other app stores if you want to use more than one. It could definitely use some optimizations, but it’s otherwise more positive than it is negative. We do wish it had a better selection, though.
DOWNLOAD FROM AMAZON

Price: Free
CHECK OUT APKMIRROR.COM
Okay, so APKMirror isn’t technically an app store, but rather an app repository. You can find all kinds of stuff here, including some beta apps not available in the Play Store. However, you can still get updates from the Play Store if a newer version comes out, so it’s an excellent secondary source of apps and some games. This definitely isn’t a full store experience and we really only recommend it if you want to try something specifically or find an older APK of an existing app so you can roll back to a previous version due to bugs or preferences. The site is free, all of the APKs are free, and decent security as well. We’re stretching the meaning of an app store by a lot to include APKMirror, but it’s great at what it does. There is no app for this, you have to use the website to download APKs.
CHECK OUT APKMIRROR.COM

Price: Free
DOWNLOAD FROM F-DROID
F-Droid is one of the older app stores on the list and among the most trustworthy. The store experience is mostly for productivity and power user stuff. We’re talking about apps like an Arch Linux package browser type of stuff. There are some basic apps on there, like Simple Gallery or Simple Calendar along with a very small selection of games. However, by and large, this is an app store for people who need something a little extra that the Play Store doesn’t have. F-Droid is open source and every app on the platform is open source. You can even find alternatives to F-Droid on F-Droid. This is a neat little app store.
DOWNLOAD FROM F-DROID

Price: Free
How to install the Play Store here!
The Google Play Store is probably your best bet for most things. It has millions upon millions of apps and games, including almost all of the popular ones. Developers like to lean on this store more than most others and it comes pre-installed on all Google Android phones anyway. Basically every Android phone not in China or from Amazon use this. The security is top notch and it integrates directly with Google Play Services and that gives apps some additional functionality that they may not have with some competitors. Of course, you’re likely here to find alternatives to the Play Store, but let’s not underestimate its value. It’s a perfectly good app store.
How to install the Play Store here!

Price: Free
LEARN MORE FROM SAMSUNG
It’s a shame that Galaxy Apps is only available on Samsung devices because it’s actually fairly competent. The selection is obviously smaller than the Play Store and likely a little smaller than Amazon’s Appstore. However, it has a clean UI, simple navigation, and it actually has some rather popular apps and games, including Microsoft, Netflix, Hulu, Fortnite, Brawl Stars, and others. It’s not an end-all-be-all kind of thing, but those with Samsung devices have a decent secondary app store along with Google Play right on their devices already.
LEARN MORE FROM SAMSUNG

There are plenty of other app stores on the Internet. Some of them are pretty good and some of them are only kind of serviceable. Many of these are listed for the sake of completion. Here we go:

Thank you for reading! Try these too!

If we missed your favorite app store, tell us about them in the comments below. You can also check out all of our app lists by clicking here!

Honor 20 and Honor 20 Pro specs: Four rear cameras and plenty of flagship to go around 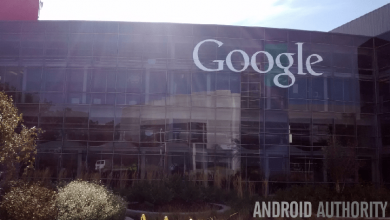 Pick up the beginner-friendly Spectre Drone for $69 — 53% off