These portable battery chargers power up devices much quicker than the competition.

In preparation of next week’s CES trade show, Mophie just unveiled the latest products to hit its lineup of portable battery chargers: the powerstation PD and powerstation PD XL. Now with Power Delivery, these universal battery chargers are capable of charging select iPhone models at up to 2.5 times faster than standard 5W chargers can, and they even have the ability to recharge half of your phone’s battery in just 30 minutes.

The powerstation PD is a great choice to take on-the-go as a battery backup, as it offers a 6,700mAh battery that can extend the life of your smartphone by up to 23 hours after a single charge. On the other hand, you could gain up to 35 hours of battery life per charge with the powerstation PD XL and its 10,050mAh internal battery.

These battery chargers are both equipped with a shared USB-C PD input and output port that’s capable of both fast charging your phone at 18W and recharging the powerstation at 15W. There’s a built-in 12W USB-A port as well where you can charge a second device simultaneously.

As they’re both extremely efficient at charging, you really can’t go wrong with either option, though there is a sizeable price difference between the two. Starting today, you can pick up the powerstation PD for $59.95 at Mophie’s website while the powerstation PD XL is priced a bit higher at $79.95. Though they’re not as affordable as some of Mophie’s other battery chargers, you’ll be able to charge up much more quickly with one of these when compared to one of the company’s older products. 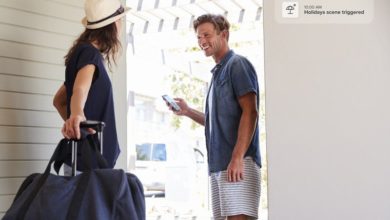