Acer just introduced the Chromebook 315 during the CES 2019 trade show in Las Vegas. Scheduled to arrive this quarter, it will be the company’s first Chromebook based on an all-in-one “APU” processor manufactured by AMD. Acer typically guns for Intel-based processors in Chromebooks, but the company chose custom APUs for this model to better support Chrome- and Android-based apps. APUs (standing for “Accelerated Processing Unit”) combine a CPU and GPU in a single chip.

The best Chromebooks you can buy

Acer’s Chromebook 315 will rely on two seventh-generation AMD A-Series APUs: The A6-9220C and the A4-9120C. These APUs weren’t pulled directly from the shelf, but instead revised to consume less power. That means they enable a longer battery life and produce less heat, making them a great fit for ultra-thin laptop designs. The tradeoff is that you’ll see lower CPU core speeds versus AMD’s original off-the-shelf APUs released in Q2 2017.

Here’s a comparison between the tweaked “c” variants and AMD’s stock A-Series APUs:

These tweaked APUs will power an IPS-based 15.6-inch screen with a 1,920 x 1,080 resolution. Acer will offer versions with touch (CB315-2HT) and without touch (CB315-2H). You’ll also see up to 8GB of system memory and up to 32GB of storage. Given you’ll likely consume most of that storage with Android apps, Acer threw in a microSD card reader to store music, videos, images, and other files.

In addition to the card slot, the Chromebook 315 will include two USB Type-C ports (5Gbps), two USB Type-A ports (5Gbps), and a microphone/headphone combo jack. A full-size upward-facing speaker will reside on each side of the keyboard, providing crisp audio versus the annoying muffled audio typically heard with downward-facing speakers. The touch-capable version will feature a backlit keyboard, whereas the non-touch version won’t have any backlighting. Rounding out the multimedia aspect is an HD webcam with an 88-degree field-of-view.

“The Chromebook 315 features a stylish IMR top cover and palm rest that are durable and light enough for moving around the home or office,” the company said in a pre-show press release. “It can speed through demanding apps, while running multiple tabs and extensions, all during a battery life of up to 10 hours.”

Acer also notes that parents can easily manage the Chromebook 315 using Google’s Family Link Android app for mobile. With this free service enabled, children can’t install apps and extensions from the Chrome Web Store, view violent and sexually explicit sites, or use incognito mode. There’s nothing parents need to install on the Chromebook itself, as all restrictions are controlled through the child’s Google Account.

Read: What is a Chromebook and what can it do?

Acer’s upcoming Chromebook will measure 0.79 inches thick and weigh a mere 3.79 pounds. It won’t be available until sometime during the first quarter of 2019 sporting a starting price of $280.

Easter special: Learn to code for less than $30 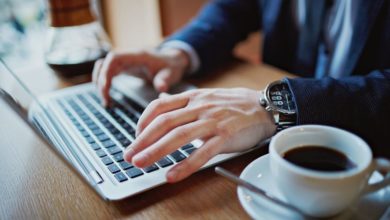