The 2019 version of the Louis Vuitton smartwatch improves on almost all of the specs: you get a 1.3-inch AMOLED display at the same resolution as the previous model, the brand new Snapdragon Wear 3100 chipset, 1GB of RAM, and 8GB of internal storage. That battery size stays the same at 300mAh.

Smartwatches are still a very new thing to a lot of people, and for good reason. You don’t absolutely need one to get through the day, and some of the best smartwatches are much too expensive …

Theoretically, the battery-saving advancements of the 3100 chipset should make the watch last longer on a full charge than the previous model, even though the batteries are the same size. However, the jury is still out on exactly how much the 3100 chipset actually improves battery efficiency.

The smartwatch will have an NFC chip for contactless payments but unfortunately won’t have a heart rate sensor. It will feature water resistance up to 30 meters but doesn’t appear to have built-in GPS. So while the raw specs are impressive, it’s clear the watch isn’t perfect.

However, most people who buy things from Louis Vuitton are doing so for the brand name, not the functionality. The $1,000 Louis Vuitton true wireless earbuds are a testament to that.

Louis Vuitton hasn’t released pricing for the 2019 version of the Tambour Horizon, but the 2017 model started at a jaw-dropping $2,450. We can expect the 2019 version to be a similar price.

NEXT: Louis Vuitton’s new wireless earbuds cost $1,000 — as dumb as it sounds 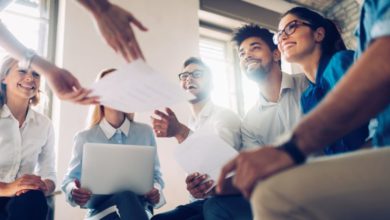 Prep for the PMP 6 project management exam for 88% off