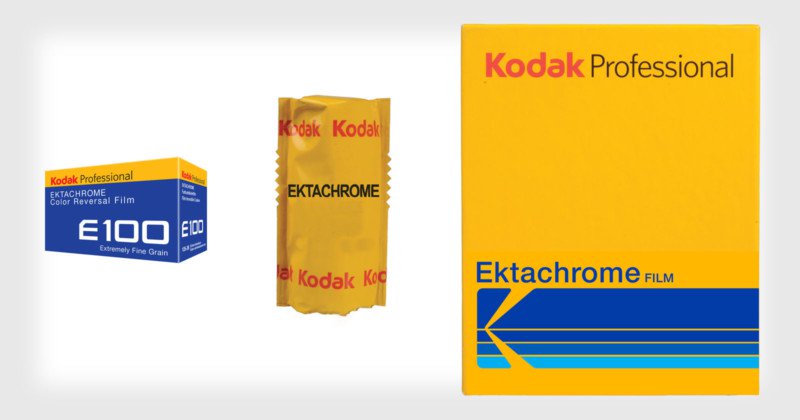 If you’ve been excited by reviews of Kodak’s rebooted Ektachrome film so far and can’t wait for it to be available in formats other than 35mm rolls, your wait is coming to an end. Kodak Alaris has announced that Ektachrome 100 is coming in 120 and sheet formats in 2019.

Kodak Alaris just officially confirmed that the new formats are actively being worked on and says it’s working to bring them to market as quickly as it can.

“You’ve made it clear that you want Ektachrome 100 in 120 format and sheets,” the company writes. “It is our intention to deliver on this request as quickly as we can – in 2019.

“Development efforts continue. Additional work is required to resurrect both 120 and sheet formats due to the unique nature of each film support. As these efforts are ongoing, we cannot commit to an official date for release at this time.”

Ektachrome Update
We’re working on it! You’ve made it clear that you want Ektachrome 100 in 120 format & sheet. Development and testing is ongoing. Additional work is needed because 120 and sheets require different film supports. We promise to keep you updated.

Less than a week ago, Kosmo Foto also reported the same news after Kodak Alaris UK quality manager Andy Church appeared on the Sunny 16 podcast and answered a question about Ektachrome’s future in additional formats (the conversation starts at 16m05s):

Church revealed that Kodak Alaris was planning to bring the new formats but needed time to reformulate the medium format film.

“When we make 120 film and sheet film – we’re looking at both of those on Ektachrome currently – they are synthesized onto a different film base, and that means you have to make slight adjustments to the formula. So we’ve started having some pilot coatings and as things progress we’re going towards a more production-scale coating.”

Church believes the film could be ready in just a few months if everything goes according to plan.

“If all goes well, fingers crossed, I would say probably three months, something like that, is a fair estimate of time,” he states. “It could be a little longer. It might not be too far away.”

The new Ektachrome film has been a wild success among film photographers, and available inventories of the film have been quickly selling out left and right. With market demand now proven, expanding the scope of the film became just a matter of time.