Xiaomi enjoyed a pretty successful 2018 around the world, launching its Pocophone sub-brand and coming to more European countries. Now, Counterpoint Research has more good news for the company, as it found Xiaomi was the number one smartphone brand in India for 2018.

According to the tracking firm’s statistics, the Chinese company hit a massive 28 percent market-share in 2018, while second-placed Samsung accounted for 24 percent market-share. It marks an impressive turnaround for the company as, just a year ago, Samsung was number one at 24 percent, while Xiaomi was sitting at 19 percent.

Vivo (10 percent), Oppo (eight percent), and Micromax (five percent) made up the top five players in India for the year. Interestingly, these figures and positions were unchanged from a year ago. But the “others” category dropped from 34 percent market-share in 2017 to 25 percent in 2018, illustrating the consolidation taking place.

One brand that missed out on a top five finish for the year was Realme, but the company secured fourth place for the last quarter of the year (with eight percent market-share). Realme’s quarterly climb came at the expense of parent company Oppo, which was relegated to fifth place in Q4.

OnePlus in 2019: A force to be reckoned with

While 2018 was a year of hardships for many smartphone manufacturers, OnePlus was an anomaly. Not only did it have great smartphone sales, but it also achieved more than a few major milestones — all …

OnePlus didn’t crack the top five fastest-growing brands or top five brands by market-share, but it still enjoyed a rather successful 2018 in India. In fact, the analytics firm noted that OnePlus achieved 58 percent year-on-year growth, making it the most successful premium smartphone brand in the market.

It’s worth noting, however, that feature phones grew faster than smartphones for the first time, according to Counterpoint. This was led by the Jio Phone, which was also the most popular phone in India for 2018, even when taking smartphones into account. In fact, Jio accounted for 21 percent market-share in 2018 across feature-phones and smartphones alike. It doesn’t hurt that the feature-phone offers nearly unlimited data, 4G support, free voice calls, Google apps, and WhatsApp. 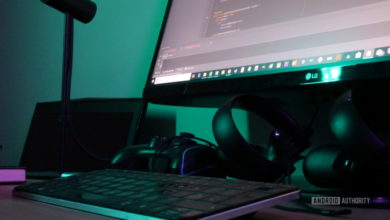 Become a Ruby expert and save 97% 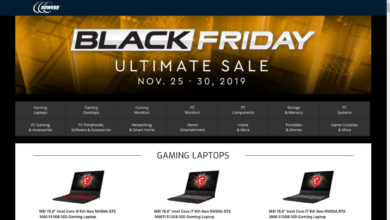 Newegg Black Friday sale offers something for nearly everyone