Sick of filling the limited space on your phone with apps, photos and videos? Sometime in the near future, your smartphone could ship with more than one-terabyte (1TB) of internal storage and run 10 times faster than a standard memory card.

Samsung is best known for making smartphones but the company’s memory division — one of its most profitable units — just announced that it has begun mass-producing a 1TB flash storage chip for phones. There’s no word on when they’ll be inside smartphones but Samsung said it plans to increase production during the first half of this year.

“Smartphone enthusiasts will soon be able to enjoy storage capacity comparable to a premium notebook PC, without having to pair their phones with additional memory cards,” Samsung said.

That 1TB capacity is double the previous highest that the Korean firm has produced. Its newest chip gave the Galaxy Note 9 a 512GB model which passes the terabyte milestone when a 512GB SD card is added. This new breakthrough promises to offer that without the help of a card, but the company also boasted of improved performance.

Samsung said its new tech reaches speeds of up to 1,000 megabytes per second (MB/s) — that would transfer a 5GB-sized full HD video in just five seconds to transfer, as opposed to nearly one minute with conventional microSD cards. Increased memory will also enable better quality high-resolution video shooting thanks to faster random read speed, it said.

Sounds good, but might this ship before the end of the year? The Samsung rumor mill is already speculating that the upcoming Galaxy Note 10 could include a 1TB model, but at this stage there is no concrete evidence. Keep an eye out for future leaks for more hints. 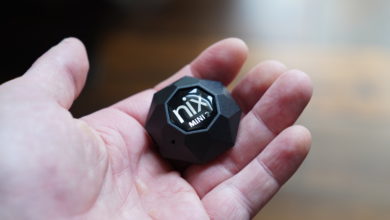 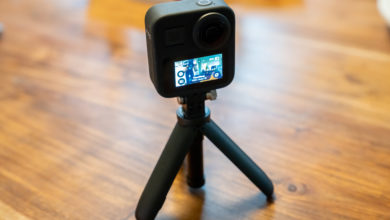 The GoPro MAX is the ultimate pocketable travel vlogging camera