iPhone pricing is too damn high. That’s a singular way of expressing a sentiment that’s become all too common since Apple announced the iPhone 10s and 10s Max last September.

So, are they? And, if so, is that what caused Apple’s iPhone pain this quarter?

Watch the video version. Seriously. It’s so much better.

I’ll go over historical pricing changes in the U.S. in more detail in a minute, but so far, so clear.

However, the foreign exchange issue that Luca spoke of in the call made that difference or amplified that difference in international markets in particular the emerging markets which tended to move much more significantly versus the dollar.

Cook also brought the exchange rates with Reuters right before the call:

He said Apple is rethinking how it prices the iPhone outside the United States after largely setting the price in U.S. dollars, which made the phones more expensive in local currencies as the dollar strengthened.

In markets with currencies that weakened considerably against the dollar over the last year, iPhone price “increases were obviously more,” Cook told Reuters. “And so as we’ve gotten into January and assessed the macroeconomic condition in some of those markets, we’ve decided to go back to more commensurate with what our local prices were a year ago in hopes of helping the sales in those areas.”

We saw these quasi miss-reported as price cuts in some markets, notably Japan, earlier in the year.

But that’s outside the U.S. What about inside?

So yes, I do think the price is a factor. I think part of it is that the effects piece and then secondly, in some markets, as I had talked about in my prepared remarks, the subsidy is probably the bigger of the issues in the developed markets.

So, let’s break this all down.

The original iPhone was expensive for its time. Real expensive. $499 and $599 U.S. And that was on contract. 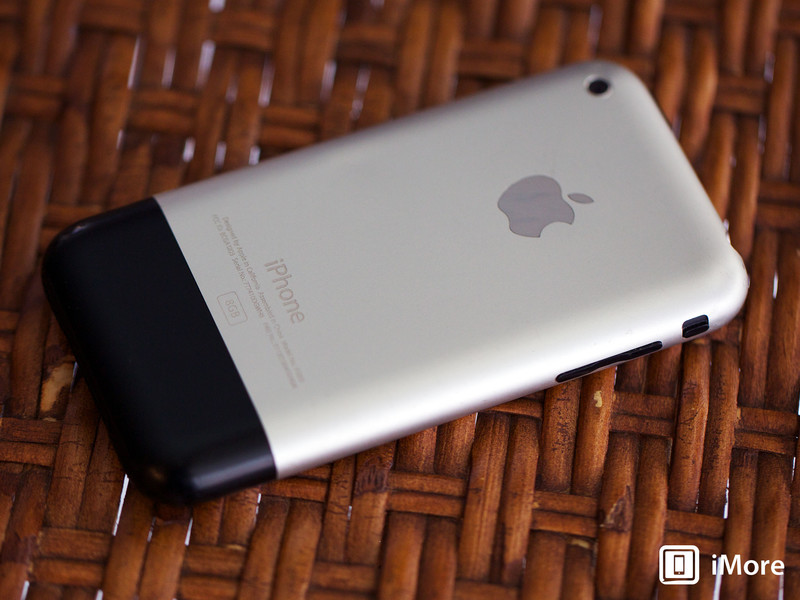 At that price point, it prompted Steve Balmer, then CEO of one of Apple’s biggest rivals at the time, Microsoft, to say it was, if not DOA, functionally the same thing.

But, if there’s one thing history has shown us about Apple, it’s that they’re not afraid of changing course. Sometimes in a big way.

And so, when Steve Jobs announced the second generation iPhone, the 3G, one of the key areas he and it addressed was pricing: $199 and $299 on contract, which was the only price almost everyone in the U.S. saw, at least for the first 9-months. Off-contract, though, they were up to $599 and $699.

Pricing for the iPhone 3GS stayed the same, and, even though it contained the first-ever Retina display and FaceTime camera, so did the iPhone 4.

Again, I’m sticking to flagships here, but Apple also released the iPhone XR last year, took over the old iPhone 6 Plus price point of $749, but without the usual jump to the second tier. Just $799, then $899.

And that’s a lot. Even though the price of everything from a movie ticket to a car has gone up considerably over the last 10+ years, and what you get in the latest iPhone is a Star Trek: The Next Generation leap over what you got for the first one, the difference in pricing is still a lot.

Gross iPhone margins — which are dumb things to look at as they discount pretty much everything but raw materials, like no humans were ever involved in anything, and seriously, you try making a phone out of a glass and metal, so don’t ever do this even though I’m about to ever do this — have gone from 74% for the iPhone 3GS in 2008 to an average of 60% for the X-type iPhones in 2018. 53% for the deeply discounted iPhone SE.

Gross margins company-wide, which obfuscate iPhone specifics but include, you know, all the humans who have to bring the products to market, most recently peaked around 43% in 2012 but were down to just over 38% last year. And, some would point at all the new services revenue, which is traditionally much, much higher margin, and how it could be masking even lower margins now on the hardware products like iPhone.

So, even with higher retail prices, Apple is making less money on iPhones than ever before. And, if they’d kept retail prices lower, they’d be making even less money. Likely significantly less.

But, again, who cares about Apple. This is about us.

What Cook and Maestri also stressed, and have been stressing for a while, is that the loss of subsidies and exposure of full iPhone pricing has caused sticker shock, primarily in the U.S. but in some other markets as well.

For various reasons, iPhone subsidies are becoming increasingly less common. In Japan, for example, iPhone purchases were traditionally subsidized by carriers and bundled with service contracts. Competitive promotional activity frequently increased the amount of subsidy during key periods. Today, local regulations have significantly restricted those subsidies as well as related competition. As a result, we estimate that less than half of iPhones sold in Japan in Q1 of this year were subsidized compared to about three quarters a year ago and that the total value of those subsidies have come down as well.

While markets, like in the E.U., have always trended hard towards full price, in the U.S., and a few other places, most customers only ever saw the $199 on-contract.

But, with T-Mobile leading the charge to decouple device subsidies from monthly rates, in order to make the monthly rates sound lower, and with Verizon completing the market transformation a few years later, all that changed. It was great for the carriers and the perception that competition was driving down prices, but what it really did was shift costs back to the vendors. Hard.

And, you know, I got a lot of this wrong. I figured it was in no one’s best interest, not Apple’s or Samsung’s or any other vendor, and not AT&T or Verizon or any other carrier, to show those full prices up front. So, I guessed they would lean more heavily into the leasing programs, which effectively provide 0% financing on new phones, and only advertise the monthly cost of the phone.

Instead, they did both, full price and monthly price, maybe in an attempt to show how little the monthly price was compared to the full price, which again was good for carriers, bad for vendors. Because that sticker, it shocked. All people saw was that full price. Glowing. Pounding. Like neon. Like techno.

Costs. Subsidies. Exchange rates. Margins. Ultimately, none of that matters. Even if iPhone price increases were in line with inflation and the increases in quality and diversity of components and new features, and we factored out exchange, and we didn’t give a damn about margins, it wouldn’t matter.

Pricing is physiological more than mathematical. In the market, perception really is reality.

And the perception is that iPhone pricing is too damn high.

And, as evidenced by Tim Cook’s comments, Apple knows it and is working to change that perception.

Trade-ins, for example, are being experimented with as a partial replacement for subsidies. They work for Apple because, ultimately, they get more devices onto the market and that increases the user base and that plays into Apple’s new ecosystem narrative. More people with iPhones, more people to sell accessories like Watch and AirPods, and services like Music and Apple Pay to.

Apple is also arguing total value now rather than just upfront cost. From higher quality materials and manufacturing to to more capable chipsets to performance enhancements for older devices to free support and educational services from AppleCare and Today at Apple, Apple is making the case that when you buy an iPhone you get much more than you pay for, especially a couple or a few years down the road. Up front, even without any additional accessories or services.

This has led to some investors and analysts complaining that Apple is making iPhones too valuable and making them last too long, but fiery Tim Cook — on record, my favorite Tim Cook — addressed that on the same call yesterday.

We do design our products to last as long as possible. Some people hold on to those for the life of the product and some people trade them in. And then that phone is then redistributed to someone else. And so it doesn’t necessarily follow that one leads to the other. The upgrade cycle has extended, there’s no doubt about that. As we’ve said several times I think on this call and before that the upgrades for the quarter were less than we anticipated due to all the reasons that we had mentioned. So where it goes in the future, I don’t know. But I’m convinced that making a great product that is high quality is the best thing for the customer and we work for the user and so that’s the way that we look at it.

Apple could also, obviously, cut prices by either using less expensive components — including the exorbitant amount Samsung currently charges them for OLED panels — or by further reducing margins.

I don’t think anybody wants to buy a lower quality iPhones, though. We’ve seen that, historically, with the rejection of iPhone 5c and even the shade thrown at iPhone XR before it got in saner, smarter reviewers hands.

If anything, iPhone X and XS show that Apple wants to make higher quality iPhones.

That’s also what makes just cutting margins tough. I mean, it sounds like the best answer to most customers, because it’s Apple’s money and not ours, and screw Apple’s money, right?

But the market already down-values Apple more than any other major tech company, and losing margin would be an amazingly effective way to bring on even more punishment from Wall Street.

More importantly, Apple attracts and retains talent — the designers and engineers who make the products — through stock incentives, and devaluing Apple stock is a great way to repulse and lose that talent.

Whether iPhone pricing really is too high or not, that’s the perception. Flossy knows it. And Tim Cook just said as much. So, what is Apple doing about it?

Ramp up will take care of some of it. As OLED capacity increases, for example, and more high-quality suppliers come online, component prices will drop. Same with TrueDepth camera modules. Apple will always pack new features into new iPhones, but massive leaps like iPhone X will continue to be stretched out over many years, not every year. So, as costs come down, so too should prices.

Trade-ins, if they become generally accepted, could mitigate against the lack of subsidies. But so could the iPhone Upgrade Program if Apple could break it out of just the U.S., roll with it internationally, and figure out how to make the messaging less up-front shocking and more over-time compelling.

If Apple really wants to get big into services, iPhone as a service is potentially one of the biggest. Especially if it comes with the other ones, like Music, Magazines, TV, games, and more.

Same with making the case for overall value. Break down everything you get for every dollar you spend, including the longevity, the support, the education, and everything else. Don’t just throw the price up on a slide. Show the value you’re getting over multiple slides.

And, of course, figure out that sweet, sweet spot where people aren’t just willing to pay what you ask but are happy to pay it for what they get.

That way, people stop complaining about how damn high iPhone prices are and go back to preaching how damn good iPhone are. Period.

Can you change the band on the Garmin Vivosmart HR? 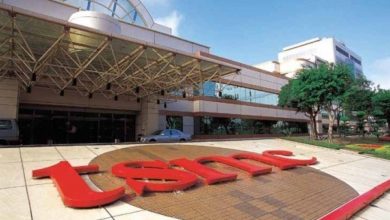