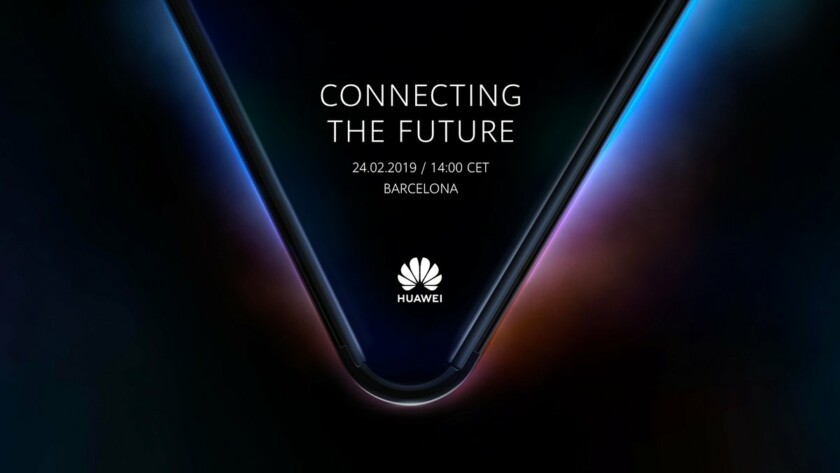 Foldables are the flavor of the season and Huawei wants to get in on the action. The company took to Twitter to all-but-confirm that it too will be launching a new foldable smartphone at Mobile World Congress 2019.

Huawei has announced a press event scheduled for 24th February at the upcoming Mobile World Congress. The teaser image accompanying the announcement shows off a foldable smartphone with a very visible V-shaped bend. This follows an earlier report where Huawei’s Richard Yu announced that the company has a 5G foldable lined up for the annual industry conference.

Come with us to explore #ConnectingTheFuture LIVE from @MWC. Are you ready to reveal the unprecedented? #HuaweiMWC #MWC2019 pic.twitter.com/UllvyhBiVq

Rumours around Huawei’s plans for foldable smartphones have been floating around since early 2018. The company is said to have shown the device to carriers in South Korea and expects it to be amongst the first such smartphones on the market. As South Korea takes its 5G networks live in March this year, a foldable 5G smartphone could be the ideal device to showcase the new use cases and possibilities.

Not much has leaked about the smartphone outside of what Huawei has already confirmed. Evidence suggests, however, that the foldable will be capable of expanding to an eight-inch screen size once opened up.

Huawei foldable phone – everything we know

It looks like 2019 will be the year the first foldable smartphones with flexible displays will be available for sale to the general public. Companies like Samsung, LG, and Oppo have revealed they intend to …

We’ve already had our first look at foldable smartphones with the Royole FlexPai but Samsung and Huawei will have to offer something much more compelling to convince everyone of their utility. Are you excited for foldable phones? Let us know in the comments.

Learn how to build two dozen responsive websites for just $12