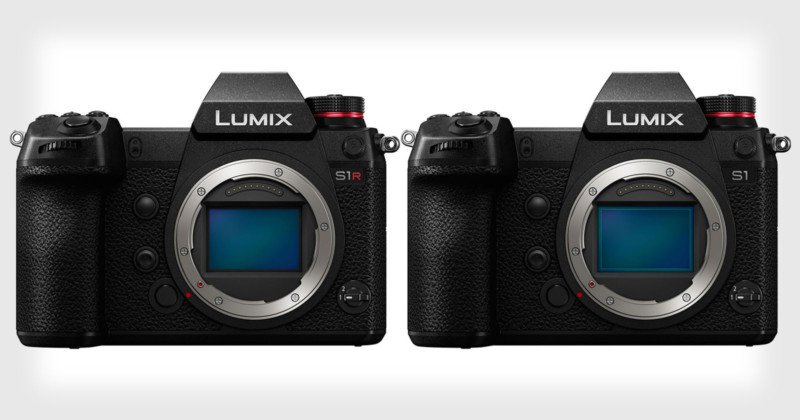 After announcing the development back in September 2018, Panasonic today took the wraps off its new LUMIX S series of full-frame mirrorless cameras and the first two models: the S1R and S1.

Both cameras feature the new L lens mount that was developed through an alliance between Leica, Panasonic, and Sigma.

On the back of the cameras is a 5.76-million-dot Real View Finder above a 2.1-million-dot 3.2-inch triaxial tilting display.

The new Panasonic S1R boasts a 47.3-megapixel full-frame CMOS sensor (max ISO 25600, expandable to 51200), “which gives it the industry’s highest level of resolution in the full-frame mirrorless cameras,” Panasonic says. “In addition to the precise reproduction capability in detail, this sensor achieves a high S/N ratio by taking advantage of its high light-condensing efficiency despite the large number of pixels.”

For even more resolution, photographers can utilize the High Resolution mode, which combines 8 exposures shifted by half a pixel to create a single ultra-high-res 187-megapixel photo.

On the video front, the S1R captures 4K 60p video at a crop with pixel binning.

Here are a couple of hands-on videos with the new cameras by the camera superstores B&H and Adorama:

Israeli Spacecraft Snaps Selfie Before Crashing Onto the Moon

Nikon to Ditch 1/3 of Its DSLR Lineup in Shift to Mirrorless: Report