As the biggest and baddest phone coming from Cupertino, the iPhone XS Max simply can’t be ignored. We may be Android enthusiasts, but we can’t deny Apple smartphones’ camera prowess.

Does the iPhone XS Max camera compare to its Android counterparts or is it all hype? I took the iPhone XS Max for a stroll and got acquainted with its camera. Let’s find out how well it does against our beloved Android camera phones. 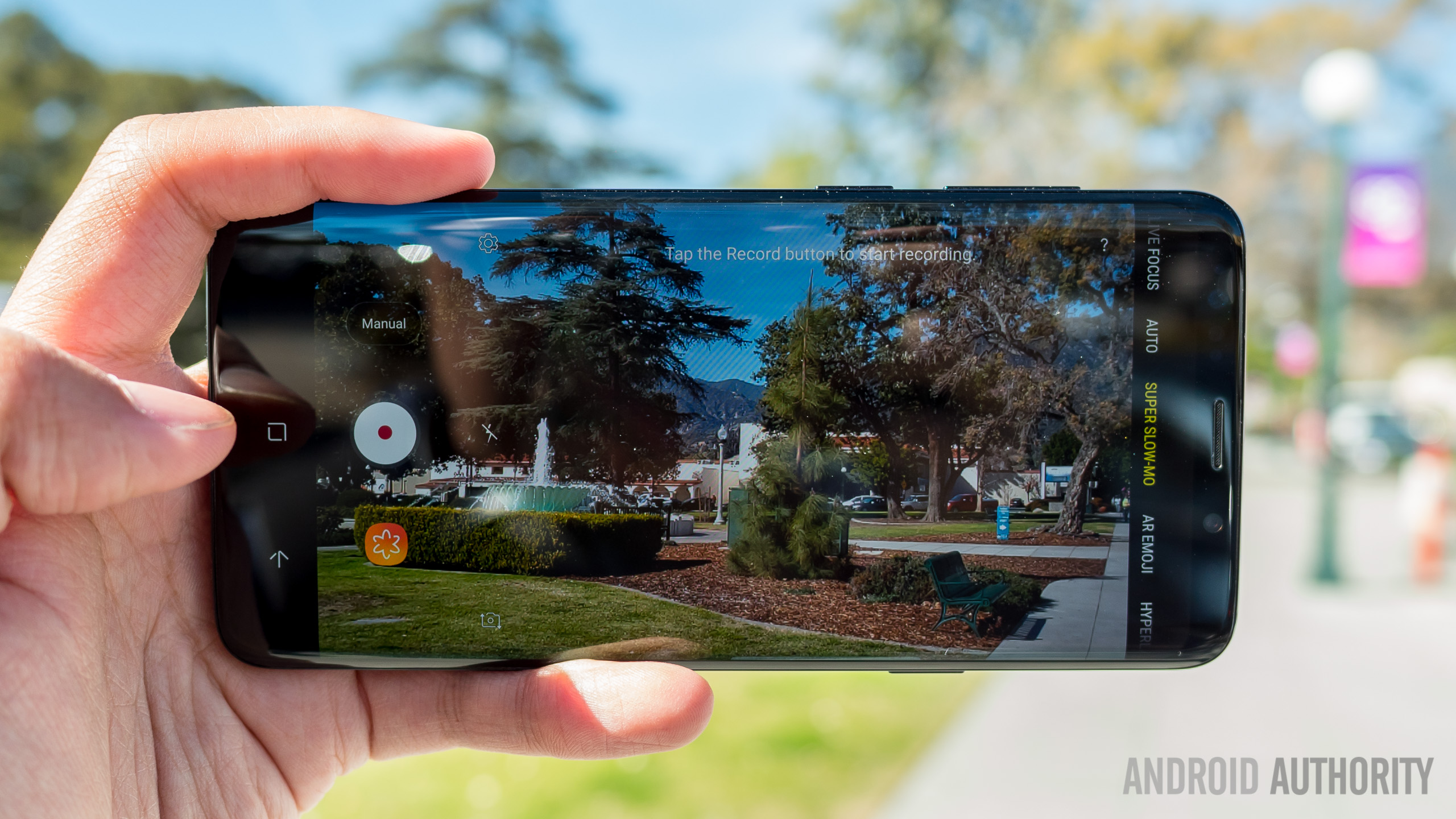 Best of Android: How we test cameras

It might seem odd to publish an iPhone XS Max camera review on an Android-focused website, but we believe it is important to be educated on both sides of the spectrum in order to make an educated decision. This is not a fight between operating systems. I will be grading images, not the phone, and thus, will hold no preference over Android or iOS.

Photos have been resized for quicker loading times, but that is the only editing these images have undergone. If you want to pixel peep and analyze the full resolution photos, we have put them in a Google Drive folder for you.

I have a love-hate relationship with the iPhone XS Max camera app, but let’s keep things in order and start with the good. The iPhone camera app is lovely for the everyday user. It is clean, simple, and pretty self-explanatory. The shutter button, camera rotation, and image preview buttons are accompanied by a carousel of shooting modes. These include photo, portrait, square, pano, time-lapse, slo-mo, and video.

Additional settings will show up along the opposite side of the screen. You can adjust exposure by tapping to focus and dragging your finger up and down. Anything you need is usually just a tap or two away. It all seems pretty straight forward until you need to do anything a bit more specialized.

The fact there isn’t even a manual mode in the iPhone XS Max goes to show who this camera smartphone is for. You are meant to press the shutter button and trust that ‘it just works’.

Often you are left wondering where the hell the Settings button is. There isn’t one! The fact that many options require leaving the camera app and looking for them in the Settings creates a discontinuity issue I am sure will leave many users confused. Let me give you a few examples so you can understand what I mean.

Cameras on smartphones are a much bigger deal than they used to be. Companies are chomping at the bit to make their cameras more reliable, work better in low light, and add features that people want. …

At one point I wanted to force HDR on, but the option was nowhere to be found. I had to google it to find out you have go to the Camera section of the Settings and turn off Auto-HDR. Only then will the option to force HDR on appear. If you need to switch the resolution and frame-rate of the video recording, that’s another long trip to the convoluted Settings app.

That there isn’t even a manual mode in the iPhone XS Max camera app goes to show who this camera smartphone is for. It is a phone for the general consumer and not meant for that much creative freedom. Instead, it offers great camera results with the least required thought and effort. You’re meant to press the shutter button and just trust it works.

Daylight photos are where any camera should shine. The ample light allows for lower ISO and faster shutter speeds. The iPhone XS Max camera doesn’t do a bad job here, but it also doesn’t necessarily step over the competition.

I like that these are generally well exposed, have vibrant colors, offer a good amount of detail, and show very little signs of digital noise. Look closer in and you will start seeing the issues, though.

The iPhone XS Max doesn’t do a bad job in daylight photography, but it also doesn’t necessarily step over the competition.

Dynamic range is not great. The shadows are pretty harsh. Look at the photo of me looking at the beach; the site opposite to the sunlight is nearly pitch black. The same applies to the man in the wheelchair.

The third image (wings) is under-exposed, a little on the cool side, and quite noisy when you zoom in. I know we were in the shade, but we were still outside with plenty sunlight around the area. Things shouldn’t have gotten this bad so quickly.

The iPhone XS Max camera really shines in this section. Hues are not close to their natural saturation or vibrance, but they look bright and the software manipulation isn’t distasteful. Colors pop without really looking fake.

We also like how the iPhone XS Max almost always manages to catch a beautiful blue sky.

Most people don’t really zoom into their shots to look at minute details, but it’s nice to know you can get ample detail from your shots. It sometimes helps to crop, so having a good amount of data to work with can be important.

There are three types of photo editors on Android. There are some that try to rival desktop photo editors in power like Adobe Lightroom CC. The second type is a lighter editor like Snapseed that …

I wasn’t impressed by the first image — I expected more from the rust. Zoom into the picture and you will see plenty of softening, which doesn’t strengthen the iPhone’s case. Things got better with the other images, though.

There is plenty of texture in the rocks and water in the second image. Turn to the third shot and look under the key; it is great to see detail in the rust and spider webs. It was kind of bad that these were there — I was at a coffee shop, after all — but the camera did its job!

There is also plenty of detail in the wooden sculpture. Overall, the iPhone XS Max camera can grab quite a bit of data as long as the lighting is uniform and the software doesn’t go crazy with over-softening.

Landscape shots had a lot in common with what we saw with other kinds of shots. Common tendencies here are good colors with bright blue skies, slightly above average detail, good exposure, and lackluster dynamic range. These are good images, but nothing much to write home about.

Portrait mode simulates the bokeh effect we often see from DSLR cameras using lenses with a wide aperture and shallow depth of field. Phones can’t do this naturally, so they use multiple lenses to figure out distance between the foreground and background in relation to the subject, and artificially add blur to things at farther distances.

Hidden portrait mode in Instagram could up your selfie game

The main issue with this is phones often do a bad job outlining the subject, getting confused about what is really in the distance. This blurs areas that should , or leaving background parts in focus. The iPhone XS Max camera suffers from this issue, but not as much as other smartphones. You can mostly see it in outline of my beard and hair, where some areas look blurred out when they shouldn’t be.

The iPhone XS Max did a good job in portrait mode overall. It had mishaps, but they weren’t significant enough to give it a bad grade. I must give it props for keeping the stone and tube in focus, in the second image. I have seen many phones get shots like that wrong.

Mobile HDR: What’s all the fuss about?

Although it’s just becoming more common in smartphone displays, HDR has been a buzzword in the TV industry for several years. But actual TVs — with screen sizes of 65 inches or more practically being …

The iPhone XS Max lets you set HDR to auto, meaning it will activate when it sees very contrasting exposure differences within a frame. I forced it by turning Auto HDR off in the Settings and then manually forcing HDR on in the camera app.

The iPhone XS Max’s HDR capabilities weren’t thrilling. The phone does well when differences in light are slight, such as in the first and second images. Turn to darker spaces and brighter windows, like in the other couple photos, and you will see how the darker areas of the frame start disappearing.

The iPhone XS Max’s HDR capabilities don’t have us thrilled.

I can see almost no detail in the woman’s clothing or hair, and very little data is visible from the table and chairs. The same applies to the old bolt in the 4th image.

Low-light photography is where a smartphone camera can redeem itself of many faults. The small sensors tend to do pretty badly in the dark, but throw in some help from image stabilization and software enhancement and you can have satisfactory results. The trick is finding the right balance.

We are happy to find that the iPhone XS Max camera is not doing badly in this department. Night time shots like the first and second images came out well exposed and with fairly good detail. There is also significant noise as you zoom in, but to me this is a good sign, as it means the phone is not over-softening the image. It is probably why the amount of detail is acceptable.

Now, the iPhone XS Max selfie camera I am not a huge fan of.

The iPhone XS Max video capabilities seem to go as far as its photo ones. What I mean is I see the same tendencies here as in other sections: good detail, a sharp image, popping hues, and good exposure. We also can’t complain about the fact that we get 4K video recording at 60fps, which is definitely noticeable when panning around.

We weren’t so impressed by the image stabilization. It was good, given that I was walking around, but phones have done much better.

To me, the iPhone is the phone for the average consumer. It simplifies complexity. I think this idea also reflects in its camera. The iPhone XS Max has a good camera that seems to do everything well, but nothing amazingly.

To me, the iPhone XS Max is the is the camera phone for the average consumer. It is simplified complexity.

It’s got punchy colors, pretty good detail, its exposure is almost always spot on, low-light capabilities are acceptable, and video is nice. There’s not much to really complain about. I may not be a huge fan of the iPhone XS Max’s selfie camera and HDR, but those are not really deal-breakers.

The iPhone XS Max has been out for about four months (at time of writing) and it is definitely starting to age. Though Apple may claim its phones are timeless, competitors with better camera performance are sure to emerge (and have).

However, who really wants to swim through a sea of options, settings, and manual controls just to take a shot? I know I like that level of control, but most people don’t. That’s what makes the iPhone XS Max such a good camera smartphone. It’s an easy-to-use camera that won’t ever really fail you.

Best business card scanner apps for iPhone and iPad in 2019