The previously-announced “unsend” feature is finally coming to the Facebook Messenger app. There are a few limitations, but the long-awaited feature is a welcome addition to the suite of tools within the popular chat app.

Using the unsend feature, you can delete a message you’ve sent, and that deletion will affect not only your own chat window but the recipient’s chat as well — as if it was never sent at all.

Designed for low-end phones with minimal storage and slower internet connections, Messenger Lite now includes video chat functionality, after an update today. The app might not be as “lite” as initially intended anymore, but that is …

However, there are some limitations to keep in mind:

The rollout of this new Facebook Messenger unsend feature is happening right now, globally. Once you’ve updated to the latest version of the app, you should see the unsend feature when you long-press on a message that is less than 10 minutes old.

See our full walkthrough of how to use the feature here.

January 18, 2019: After a slow rollout, a delay, a halt, and then a restart, it looks like the revamped Facebook Messenger is finally making its way to all users now. The listing on the Google Play Store has been updated to reflect this new rollout. The new Facebook Messenger 4 is simpler, leaner, and a whole lot more white.

June 22, 2018: When a user whose default language is English receives a message in Spanish, they will automatically receive a popup asking if they want messages from that person to be translated. If the user selects yes, all future messages will be auto-translated in that conversation. The feature will also work the other way round for users with Spanish as the default setting receiving messages in English. Users will receive both the translated and the original message, presumably to avoid confusion.

Translations are currently only supported between English and Spanish. Facebook said it plans to add other languages and countries in the future.

April 3, 2018: If you have a device capable of recording 360-degree images, you can send those images right through Facebook Messenger. However, you can’t send 360-degree videos quite yet. Along with this update, there’s also a new capability to send 720p video within Messenger.

March 21, 2018: With this update, you can enable admin privileges, which let you approve new members before they join your group chat. You can also remove members and promote or demote any other person in the group chat as an admin.

Along with admin privileges, anyone in the group can create a custom link that can be sent as an invite to the conversation. If admin privileges are turned off, people who click on the links will be automatically added to the group. 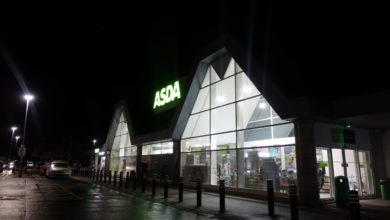 Compact camera vs smartphone shootout: It’s not even close