Friendships are special, and this weekend, they’ll provide extra bonuses! Be sure to make a new friend this weekend, and treat your current friends with some special Gift and trading bonuses! Check out the details below:

Celebrate the joys of friendship during this special event. Stay safe, and happy exploring!

The Lunar New Year is here and, with it, all the Pokemon of the Chinese Zodiak have come out to play.

Happy Year of the Pig! The Pokémon GO Lunar New Year event is happening once again, spotlighting 12 Pokémon and beginning February 4 at 1 p.m. PST. Take a look at the details below:

Wishing you health, wealth, and luck during the Lunar New Year! Stay safe, and happy exploring!

Is this an event? More Sinnoh Pokemon and a big re-balance start now!

Pokemon Go has announced that more Gen 4 Pokemon are on their way, but also that they’re making raids harder, rebalancing some moves, and adding new moves to some Pokemon.

Did you know that some Pokémon originally discovered in the Sinnoh region evolve from Pokémon previously discovered in other regions? Starting today, you’ll be able to use a Sinnoh Stone to evolve Lickitung into Lickilicky, Tangela into Tangrowth, and more!

There are also some big changes coming! You may notice that Pokémon that appear in Raid Battles are more powerful and sturdy when you challenge them. Plus, some moves that certain Pokémon know may be stronger or weaker when used in battle. Finally, certain Pokémon may be able to learn new moves via TM that will help them perform in battle, such as Machamp now being able to know the Rock-type move Rock Slide!

There are new baby Pokemon in the artwork, but we’ll have to see if — and how, in the case of Mine Jr. — they show up in the game.

Community Day returns on February 16 with a nod to the Chinese New Year and Year of the Pig — that’s right, it’s Swinhub time!

No word yet on the special move, but if you save your Sinnoh Stones, you’ll be able to evolve Mamoswine, the best ice attacker in the game. 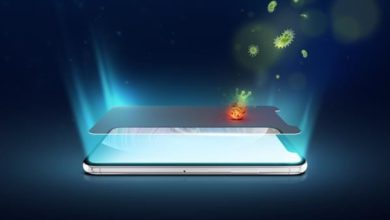 InvisibleShield and Kastus team up for antimicrobial screen protection

The best heavy duty cases for your 9.7-inch iPad