Xiaomi has made a killing by releasing lots of very cheap smartphones at a nearly relentless pace. Whether it’s releasing a genuine Xiaomi device or a device through its sub-brand Redmi, it seems every month we’re talking about one or more new Xiaomi devices.

Samsung seems to have finally noticed how this strategy has worked really well for Xiaomi in places like India and is starting to crib from its playbook.

Ranjiv Singh, Samsung India’s chief marketing officer, recently revealed to The Economic Times that Samsung will release a Galaxy A series device every month from now until June 2019. The Galaxy A series is Samsung’s entry-level line now that the Galaxy J series has been phased out.

Today, Samsung announced a new tablet: the Samsung Galaxy Tab S5e. The Android tablet will hit the Samsung online store and various major retailers sometime in the second quarter of this year for a relatively …

It’s possible some of these upcoming Galaxy A devices could launch in countries outside of India, but that country is the primary focus.

Singh says that Samsung’s goal is to make $4 billion in revenue from the Galaxy A line this year.

Samsung’s other inexpensive line of smartphones is the Galaxy M line, which differs slightly from the Galaxy A line in that you can only buy M devices online. Galaxy A devices will be available in physical stores as well as from online outlets.

NEXT: Samsung stores opening in malls just in time for the Galaxy S10 launch 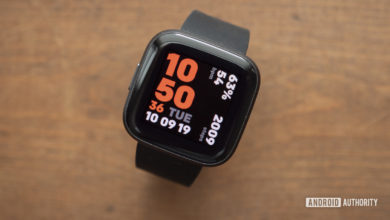