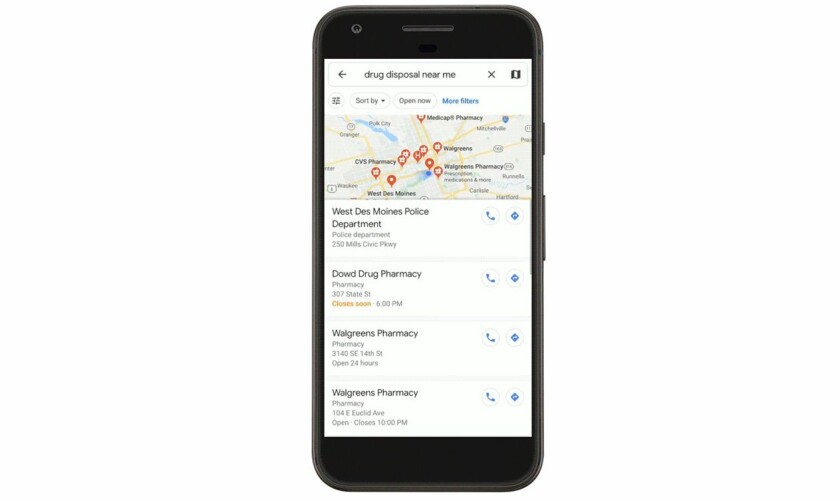 There’s no doubt that the U.S. faces a massive crisis when it comes to opioid drug addiction. According to the National Institute on Drug Abuse, more than 130 people in the U.S. die due to an opioid overdose per day.

That’s the reason why Google has launched a new feature in Google Maps designed to help people break their dependency on these drugs.

In a blog post, Google says that if people now type in terms like “drug drop off near me” or “medication disposal near me” in either Maps or Search, it will show locations in Maps with confirmed permanent drug drop off locations for people to get rid of their unused medication safely.

Google has partnered with pharmacies like Walgreens and CVS Health to help create these lists of drug drop off locations. It has also worked with state governments in Alabama, Arizona, Colorado, Iowa, Massachusetts, Michigan, and Pennsylvania, to add locations to these lists, along with the U.S. Drug Enforcement Administration.

It will keep expanding this list and adding more drop off locations in Maps in the coming months. Google also says it is working with agencies like the U.S. Department of Health and Human Services for ideas on how to use this feature to help towns and cities fight the current opioid epidemic.

If you know someone who is dealing with opioid addiction, you can have them contact Health and Human Services’ National Helpline at 1-800-662-HELP

NEXT: Google lays out how it plans to fight disinformation in lengthy white paper 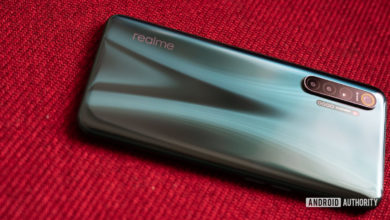 Realme X2 review: Beating Xiaomi at its own game

What is dynamic range in photography? Everything you need to know