While you may not have heard of ScreenPlay, the company has licensed a library of 200,000 music videos and movie/game/TV trailers, which it broadcasts in thousands of venues for partners like Hard Rock Cafe, Norwegian Cruise Line, Yard House, Buffalo Wild Wings and Caesars Entertainment.

This announcement comes just a week after Loop officially came out of stealth — and in fact, co-founder and CEO Jon Niermann (previously an executive at EA and Disney) said he’s always seen ScreenPlay’s content library as the foundation for Loop’s business.

It also sounds like this deepens an existing relationship, with Loop previously making a minority investment in ScreenPlay. The idea is to preserve and even grow ScreenPlay’s existing business — bringing video to out-of-home locations — while also introducing new technology into the mix, including a mobile app for short-form video.

“[ScreenPlay] is a company that generates millions in top-line revenue, it’s profitable,” Niermann said. “As technology has evolved and been updated, we want to come in with our team and really help them grow that.”

There are plenty of other mobile apps featuring short videos, but Niermann said Loop can now take advantage of ScreenPlay’s content library, and also connect the venue experience with the app. In addition, he said Loop is building “a very streamlined, slick app” that offers better curation than most video services, as well as “a strong social component.”

The acquisition was for an undisclosed price, combining both cash and stock. Niermann noted that “the ScreenPlay team remains intact,” with founder and chairman Mark Vrieling joining Loop as its chief content officer.

He added that existing ScreenPlay customers will not experience any interruption in their service. The plan is to launch the Loop app and an improved ScreenPlay screencast system in the next six months.

“[The business] is going to be a hybrid,” he said. “We wanted to continue to have the business roots, so to speak, but everybody’s mobile, everybody’s viewing everywhere. The question for us is, how do you create something that’s unique, that truly is a seamless experience?”

Smartphone sales expected to get a slight bump in 2020 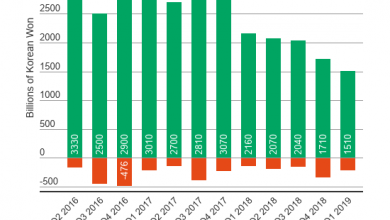 Once a major name in smartphones, LG Mobile is now irrelevant — and still losing money