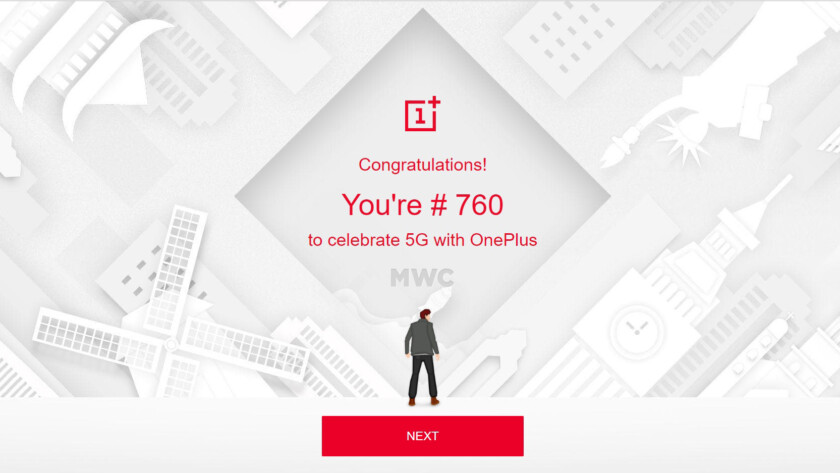 OnePlus has a new mini-site related to both Mobile World Congress 2019 and its 5G ambitions. If you run through the site, you eventually can send a message to people attending MWC 2019, and it will be displayed on some sort of monitor system OnePlus has there.

When you first arrive at the site, the first thing you’ll do is run through a brief timeline of historical dates related to communication. There’s likely not much there you didn’t already know, but it’s interesting nonetheless.

After the timeline is done, you’re given the chance to say “hello” to people attending MWC. According to the instructions, your message will be shown “onsite” at MWC, but it doesn’t clarify what that exactly means. We can only assume OnePlus has some sort of booth set up with a monitor that will display all the messages.

According to research analyst firm IDC, OnePlus has cracked the top-five when it comes to smartphone manufacturer market share in the high-end segment of the United States. This new jump into the big leagues stems …

To send your message, you can either log in using your OnePlus account or do so as a guest. Type your message, submit it, and you’ll see a confirmation like the one above, telling you how many people have sent messages before you.

While this is all fun, it’s not quite clear what this has to do with 5G. We can only assume the display that will show all the messages will be using 5G technology in some way? The whole thing is quite mysterious.

Android Authority has boots on the ground at MWC 2019, so hopefully we’ll get some more information on this OnePlus news sometime soon.

Google reminders broken in Search, use Assistant instead

KaiOS is doing well in India, but it’s pulling some big numbers in US too 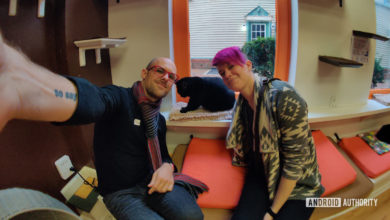