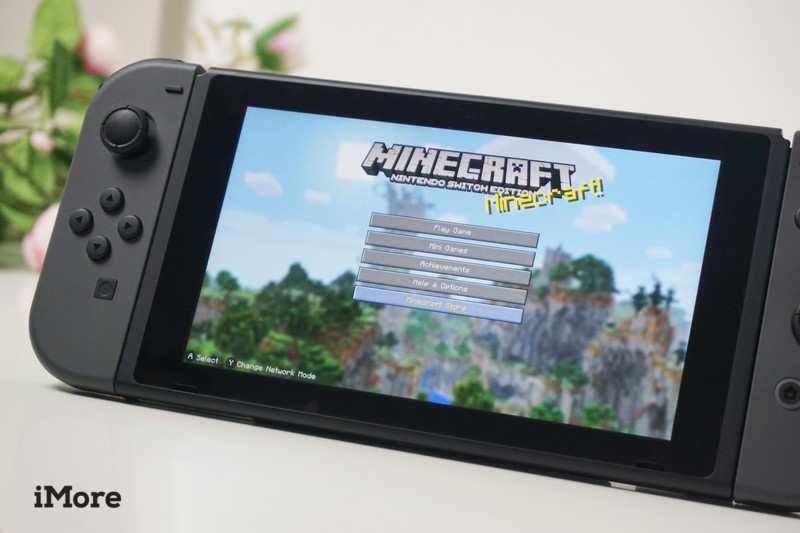 Rumors abound that Microsoft is planning to expand its games portfolio to Nintendo Switch, and maybe other platforms. Here’s why that would be a (very) smart move.

In the console-war world, fanboys/girls of all stripes still rage over hardware sales and figures, pouring over who “won” the NPD Group sales race in the U.S. When in reality, a major upheaval could be on the way for console gaming, as tech heavyweights Google and Amazon are gearing up for their grand entrances. The landscape, and what determines “success,” is going to look very different as a result. These cloud-oriented giants are not beholden to any platform or plastic box, and that could give them a major advantage over platforms that still confine themselves to a specific hardware ecosystem.

There are rumors Microsoft will soon put more of its exclusive titles onto other systems, as the company already does with Minecraft. By far the company’s most successful game, Minecraft has been described to me by Microsoft sources as a “business unto itself,” owing to the licensing empire and its completely platform-agnostic nature. This is ultimately the future of gaming, with access to software and services completely circumventing (but not replacing) the need to sell console hardware.

Here’s why Xbox Game Pass hitting other systems would be smart.

For $9.99 a month, Game Pass gives you access to dozens of quality games.

I’ve been hearing for almost a year that Microsoft was aiming to put Xbox Game Pass on Nintendo Switch, and even PlayStation 4, though at first, I didn’t fully believe what I was hearing. At a surface-level, why would Microsoft want to reduce its own console business by removing the need to buy Xbox hardware to play Xbox games? Well, Microsoft has already committed to putting Xbox exclusives on PC, and despite that, Xbox hardware sales have continued to trend upwards, because Xbox One X is truly the best place to play many of those big-name multiplatform titles in 4K.

The thing is, this rumor isn’t exactly news. Xbox head Phil Spencer said last year in (via GameSpot) that this has always been the plan:

So we built Xbox Game Pass – it started on console, it will come to PC, and eventually it will come to every device – we use the flywheel that we have with customers on an Xbox to start the growth in Xbox Game Pass. But as somebody sitting back and taking a longer-term view of where our business is going, you should look at that as a business model that we think scales to billions of people not hundreds of millions of people like retail does.

I’ve also heard games like Ori and the Blind Forest and Cuphead may be test-cases for the new Xbox Live SDK for third-party developers, which will facilitate Xbox Live-services on Nintendo Switch and mobile devices, features which were previously restricted to Microsoft internal titles like Minecraft.

Ori and Cuphead on Nintendo Switch?

The source of this recent rumor is a relatively small YouTube Channel with a few thousand subscribers, but it caught fire because if you’ve been following what Microsoft has been doing in this space recently, it’s a no-brainer.

Microsoft’s ambitions have shifted away from the small slice of the gaming industry that represents home consoles. The big players, namely TenCent, prioritize mobile as their platform du jour and reach insanely huge audiences as a result. When you think of Xbox competing with Sony’s PlayStation, Microsoft as a company is really competing with large tech corporations like Google and Amazon, which are gearing up their own sizable cloud platforms for game-streaming services of their own. If Microsoft’s sits around doing nothing, competing with PlayStation on the small scale, Google and Amazon could muscle in and eat their lunch. This is about long-term thinking.

In 2019, 5G wireless connections are going to begin rolling out across Microsoft’s traditional market territories, and while it could take years for the super-charged wireless speeds to truly proliferate, they ultimately will. Microsoft, with its own Project xCloud game streaming service, will be ready and poised to take advantage of this wireless revolution, which should make streaming 1080p gaming to any device, anywhere, a reality.

It would be irresponsible of Microsoft to not explore putting its services on other platforms given the threat from Google and Amazon. Why spend hundreds of millions, maybe billions, trying to build a home console service when they can just put their services on existing platforms? And sure, maybe this whole streaming thing doesn’t take off. Blockbuster video (RIP) said the same thing about Netflix.

The point? It most likely will take off.

But OMG what about Xbox hardware?

Xbox hardware is going nowhere. There are more engineers, more developers, and more investments going into making Xbox hardware and accessories than ever before, and simply having a home console experience and install base in addition to a large external service audience is going to give Microsoft an advantage.

Every single damn time Microsoft mentions Project xCloud, they always bring up “future Xbox hardware” which should serve as a large billboard to anyone worried or concerned about Xbox hardware falling by the wayside. Much like how Microsoft built up and enjoys having a high-quality line of Surface products to showcase the best of Windows, they will continue to build up an industry-leading line of home consoles to showcase the best of Xbox gaming.

This is an Anaconda, and he loves Xbox consoles.

Microsoft is working on multiple next-gen Xbox consoles, according to our sources. Under the codename “Scarlett,” its double SKU strategy will come with the codename “Lockhart,” aiming to be the lowest-price entry to next-gen consoles, and codename “Anaconda,” which Microsoft hopes will become the obvious choice for gamers wanting the most powerful home console, outside of highly-expensive custom Windows PC rigs.

Flagship products, including high-quality Surface hardware and Xbox hardware, drive what the industry calls a “halo effect” across their product ecosystem, which solidifies consumer loyalty. Microsoft isn’t about to sacrifice the goodwill it has built up over the years as a leader in the console space simply because it is exploring 1080p streaming to mobile devices, nor is it going to abandon its customers who simply want that experience.

The console-faithful are already crying doom and gloom over this whole scenario because they can’t see the bigger picture. Microsoft would be missing out on a huge opportunity if it didn’t chase at least some degree of platform agnosticism.

Microsoft would miss a huge opportunity by not exploring platform agnosticism.

When Microsoft presented Office for iPad, it was a huge deal, because for years Microsoft had tried to use Office to force its customers to choose Windows above all other platforms. By opening up Office to every platform, Microsoft has effectively destroyed competition from Google Docs and similar competitors. Office now remains a mammoth part of Microsoft’s diverse business, because of that forward-facing decision.

That said, Microsoft also failed to bring decent mobile hardware and OSes of its own to market fast enough, pushing it into a corner with Office. They’re also facing stiff competition from Google’s Chromebook platform in the education space because Microsoft didn’t bring out cheaper alternatives fast enough.

Microsoft doesn’t have to make the same mistakes with Xbox, which is why they’ll continue to invest in both hardware and services. That’s why Lockhart will compete on the affordable end, Anaconda will compete on the high-end, and Xbox Game Pass and xCloud will compete with Google and Amazon for customers who probably weren’t going to buy Xbox hardware anyway. Microsoft needs to bring its services to other platforms, because anywhere they aren’t present, is a foothold for its competitors to gain, and potentially win.

At the end of the day, all of the cash Microsoft makes with this agnostic push will be reinvested in gaming, its customers, and the growth of the platform. There are absolutely no downsides. 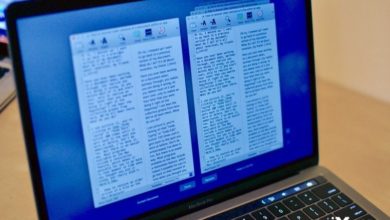 Oops! Save time and sanity by reverting a doc to a previous state on Mac