Searching for the best HP laptops can be difficult, especially in the business sector. The company has more laptops than we care to count, with numerous set configurations and customization options designated to each brand. To get a better grip on the multitude of HP laptops, we explain the branding and pick the best HP laptops you can buy right now based on design: 2-in-1, detachable, traditional, and so on.

For the mainstream market, the Spectre brand represents HP’s top-of-the-line premium family for a premium price. The Envy family is a step down offering premium devices at an affordable price. From there you move into the Pavilion line for HP’s general audience followed by the no-brand HP Laptop series, Stream devices targeting kids, and Chromebooks rounding out the budget devices.

On the business end, the EliteBook 1000 “elite” series resides at the top of HP’s laptop list followed by the EliteBook 800 and EliteBook 700 models. The ProBook 600 series is the next step down for “pros” without sacrificing enterprise-grade security along with the ProBook 400 family, 200 Series, and Chromebooks for businesses on a budget. The ZBook brand is HP’s workstation-class laptop family.

Okay, now that you now what HP offers, let’s take a look at the best HP laptops you can currently buy.

Best HP laptops for personal use 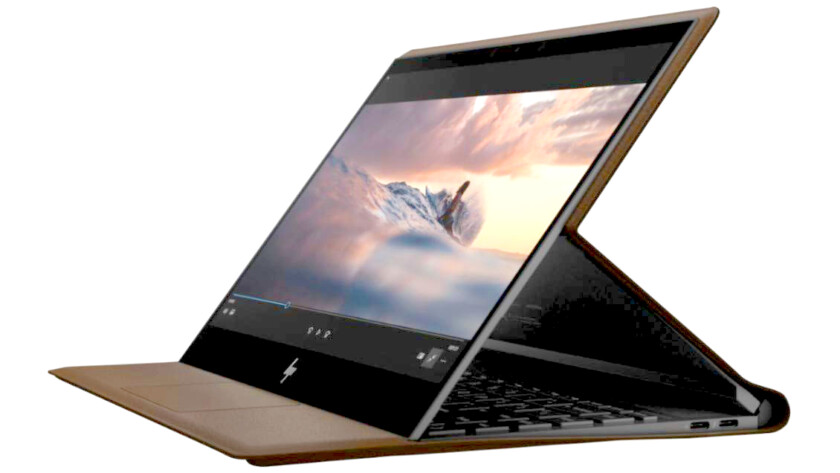 Technically, this isn’t your standard ultra-thin clamshell laptop, but it’s the closest we could find without venturing too far into 2-in-1 and detachable territory. It sports a 100-percent genuine leather exterior complemented by a display you can pull forward over the keyboard, or flip over the back to use as a tablet. The Spectre Folio acts like any other clamshell laptop as well.

For connectivity, the Spectre Folio 13 provides Wireless AC, Bluetooth 4.2, and optional 4G LTE. Ports consist of two Thunderbolt 3 (40Gbps), one USB-C (5Gbps), and a 3.5mm audio combo jack. Powering this device is a 54.28Wh battery promising up to 19 hours, depending on the screen resolution.

Moving on to HP’s mainstream 2-in-1 family, the company provides 13.3- and 15.6-inch form factors in set and customizable configurations starting at $1,004.

Across the board, you’ll see plenty of connectivity including up to two Thunderbolt 3 ports, one USB-C (5Gbps), a microSD card slot, and a 3.5mm audio combo jack. The 15.6-inch model has an additional USB-A port (5Gbps), though the Core i7-8705G configuration swaps out this port for a Thunderbolt 3 connector.

With a starting price of $899, this detachable PC features a 12.3-inch IPS screen with a 1,920 x 1,080 resolution. It’s served up in two flavors: One with a seventh-generation Core i5-7Y54 processor and one with Qualcomm’s Snapdragon 835 chip, both of which support 4G LTE connectivity. Otherwise, the specifications are mostly similar across the board.

The HP Envy x2 includes 4GB of system memory and 128GB of storage. Both have Wireless AC connectivity, though the Intel model provides Bluetooth 4.2 and the Qualcomm model offers the newer Bluetooth 5.0. You’ll also find one 3.5mm audio combo jack, one Nano SIM slot, and two USB-C ports (5Gbps) on the Intel model. The Qualcomm model has a similar port complement save for having only one USB-C connection instead of two.

If you’re still clinging to physical media, this laptop provides a DVD writer. Other storage options include a 1TB hard drive paired with 16GB of Intel Optane memory, a 128GB SSD, or a 256GB SDD. A stand-alone 512GB SSD is available as well if you’re wanting to move away from old-school mechanical hard drives.

Like the HP Envy 17, this no-brand laptop relies on a 17.3-inch display, though HP locks the 1,920 x 1,080 resolution to IPS panels and the 1,600 x 900 resolution to SVA panels. From there you will find two starting points: The 17t relying on Intel processors and the 17z using AMD-based chips.

The HP Laptop 17z relies on four different AMD processors, three of which are first-generation Ryzen chips for mobile with integrated Vega graphics. You’ll find the same memory capacities, but storage options are different, like removing the Intel Optane memory and adding a stand-alone 256GB SSD. Whether you choose Team AMD or Team Intel, this laptop provides a DVD writer on both.

With this Chromebook, HP doesn’t offer any customization or configurations outside the $549 model. It has a 14-inch IPS display with a 1,920 x 1,080 resolution powered by Intel’s eighth-generation Core i3-8130U processor and integrated graphics. Complementing this screen is a 360-degree hinge enabling laptop, tent, stand, and tablet modes.

In addition to Intel’s processor, you’ll find 8GB of system memory and 64GB of storage under the hood. You also get a microSD card slot to add even more storage, two USB-C ports (5Gbps), two USB-A ports (5Gbps), and a 3.5mm audio combo jack. Connectivity includes Wireless AC and Bluetooth 4.2.

Powering this 2-in-1 Chromebook is a 60Wh battery promising up to 13 hours and 30 minutes. It measures 0.63 inches thick and weighs a mere 3.7 pounds.

If you’re willing to pay a premium price for premium on-the-go gaming, this is the HP laptop for you. Currently, HP provides only one configuration on its website, though you’ll find at least two set configurations on Amazon. The two we found are based on a 17.3-inch IPS screen with a 1,920 x 1,080 resolution at 120Hz.

According to one listing, the Omen X pairs a seventh-generation Core i7-7700HQ processor with a discrete GeForce GTX 1070 graphics chip. For $250 more, you can get the same laptop with a beefier Core i7-7820HK processor paired with a GTX 1080 GPU. Either way, both CPU/GPU sets are somewhat outdated given Intel is now in its eighth generation – with new six-core chips to boot – while Nvidia just introduced its RTX 20 Series for mobile in January.

Related: The best laptops with the RTX 2080

Omen X HP laptops typically include up to 32GB of system memory, up to 512GB on an SSD, and a second 1TB hard drive. Other ingredients include an Ethernet port, an SD card reader, two Thunderbolt 3 ports (40Gbps), three USB-A ports (5Gbps), one Mini DisplayPort jack, HDMI output, a 3.5mm audio combo jack, and a dedicated microphone jack.

Powering this gaming beast is a 99Wh battery and a 330-watt power supply, It measures 1.43 inches thick and weighs 10.73 pounds.

Other premium HP laptops for gamers include the Omen 17t and the Omen 15t.

For ports, this Pavilion gaming laptop provides plenty of connectivity such as wired networking, HDMI output, a 3.5mm audio combo jack, one USB-C port (5Gbps), two USB-A ports (5Gbps), and an SD card reader. Completing the package is a Full HD camera with facial recognition, an HD camera without the IR component, Wireless AC and Bluetooth 4.2 or 5.0 connectivity.

The Pavilion Gaming 15t measures an inch thick and weighs up to 5.18 pounds. It’s powered by a 52.5Wh battery or a 70Wh model, depending on the graphics chip inside.

For ports, the complement consists of two Thunderbolt 3 ports, two USB-A ports (5Gbps), a headphone jack, HDMI output, and a Nano SIM card slot for 4G LTE connectivity. You also get Wireless AC, Bluetooth 4.2, and a 1080p camera with an IR component for face recognition.

If you’d rather have a detachable, the 1030 is the largest in HP’s premium Elite 1000 Series portfolio. You can customize this device through HP’s website starting at $1,637 or purchase a set configuration through Amazon costing $1,589. You may also find other set configurations through HP’s business-oriented resellers.

With a $1,685 starting price on HP’s website, the EliteBook 850 features a 15.6-inch UWVA panel with a 1,920 x 1,080 or 3,840 x 2,160 resolution, and optional touch support. It’s complemented by a 720p camera with an optional IR component for face recognition, and an optional fingerprint scanner, both of which are supported by Windows Hello.

You can configure this traditional laptop with three eighth-generation processors from the Core i5-8250U to the Core i7-8550U, and an optional discrete Radeon RX 540 graphics chip. Memory spans from 8GB to 32GB while storage relies on one of three SSD types ranging from 128GB to 1TB.

For graphics, the laptop relies on Intel’s integrated component or an optional GeForce MX110 discrete graphics chip. System memory ranges between 4GB and 16GB while storage consists of hard drives and SSDs with difference capacities and speeds. HP even throws in a DVD writer if you’re still clinging to physical media to store files.

If you’re wanting to escape Windows altogether, HP’s Chromebooks are a cheap solution as well. The Chromebook 14 is the largest HP has to offer for business based on a 14-inch display and Intel Celeron processors. You can choose from three set configurations starting at a mere $289 or customize the device on HP’s website to fit your needs starting at $352.

Businesses wanting the power of a desktop workstation in a semi-thin and light form factor may want to consider the ZBook Studio. You can purchase three set configurations starting at $1,724 or go with customizing the laptop for a starting price of $1,948 on HP’s website.

Overall, the ZBook Studio G5 provides a 15.6-inch UWVA display with a 1,920 x 1,080 or 3,840 x 2,160 resolution. Under the hood, the hardware list is rather extensive, spanning five mainstream eighth-generation Intel CPUs up to the Core i9-8950HK, and two eighth-generation Xeon E 2100M chips. For graphics, you can fall back on Intel’s integrated component or option for Nvidia discrete Quadro P1000 graphics chip.

System memory ranges from 8GB to 64GB while the workstation packs up to three storage devices: Two M.2 SSDs from 256GB to 2TB, and a 2.5-inch hard drive or SSD from 500GB to 2TB. These storage devices include self-encrypted models, drives based on the slower SATA connection, and speedier models using PCIe connections.

Finally, this workstation relies on a 64Wh battery when using integrated graphics and a 95.6Wh battery with the Quadro GPU installed. It weighs 0.69 inches thick despite all the hardware packed inside and weighs around 4.54 pounds.

This concludes our latest broadcast of the best HP laptops you can buy right now. Keep tuning in for an updated list as newer models hit the streets. Meanwhile, if we missed a great laptop that needs recognition, let us know in the comments!

For more best laptop lists, check out these roundups: 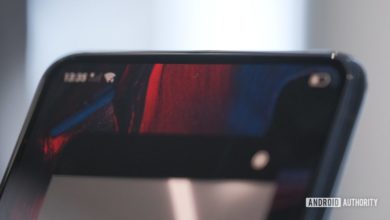