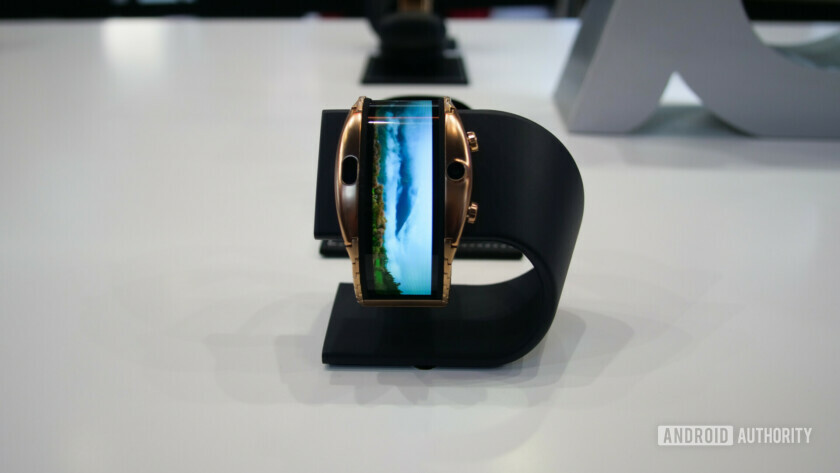 Most people are talking about the Samsung Galaxy Fold and Huawei Mate X at MWC this year, but Nubia is also showing off a foldable phone of sorts. Nubia, the former ZTE subsidiary, has just announced a wearable smartphone with a flexible display.

It’s called the Nubia Alpha, and it looks as crazy as it sounds.

The new smartwatch looks like a slap bracelet from the 90s, only a really high end slap bracelet that’s also an OLED display. The Visionox-made OLED panel measures four inches long, which is quite big for a smartwatch. It’s a novel idea — people want more screen real estate after all, and many people complain about the size of their smartwatch screens. But is this large of a display overkill? It kind of seems like it, though the device doesn’t appear to be as big as the prototype version we saw at IFA 2018.

The Nubia Alpha does everything a normal smartwatch does. It supports Bluetooth and Wi-Fi, as well as eSIM for phone calls. That means you can send texts, make calls, and access the internet without your phone nearby. It’ll also track your heart rate, sleep quality, and various exercises.

MWC 2018 didn’t feature any flexible phones, despite the hype that’s been building for years. However, you might not realize that flexible displays are already here. They could even be on your phone right now, …

It also attempts to do way more than a traditional smartwatch: there’s actually a 5MP camera built into the side of the device. We first saw smartwatches with built-in cameras years ago, but they never caught on — likely because the idea of a camera inside a smartwatch feels intrusive to people. Who knows when you’re actually recording a video on your wrist?

The Nubia Alpha actually looks like a nice, albeit big, piece of jewelry. It’s offered in black and gold color options, and it’s water resistant.

Powering the Alpha is actually Qualcomm’s Snapdragon Wear 2100 chipset. This watch isn’t running Wear OS, though — it runs a proprietary operating system that users can interact with via air gestures, voice commands, and multi-touch controls. Backing up that 2100 SoC is 1GB of RAM, which is more than many Wear OS-powered smartwatches. However, performance will all come down to Nubia’s software. Wear OS is quite laggy on the 2100 chip, so we’re hoping the Alpha’s software is a little more optimized.

You can also store over 1,000 songs on the Alpha, thanks to its 8GB of onboard storage. There’s also a 500mAh battery that Nubia says should provide 1-2 days of “regular” use or up to a week of standby time.

This is a very odd device. It almost seems like more of a concept than anything, but it’s not a concept. It’s actually coming to market, though Nubia has yet to reveal any pricing or availability details.

We’ll be sure to update this article as we learn more about the Nubia Alpha at MWC. In the meantime, tell us — would you buy a device like this? Or do you prefer to keep your smartphone and smartwatches separate? 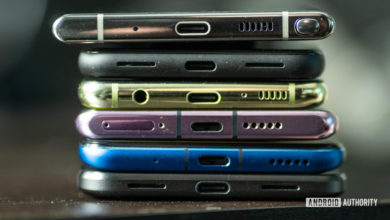 Program this Arduino kit to automatically water your plants 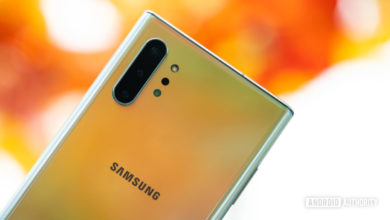