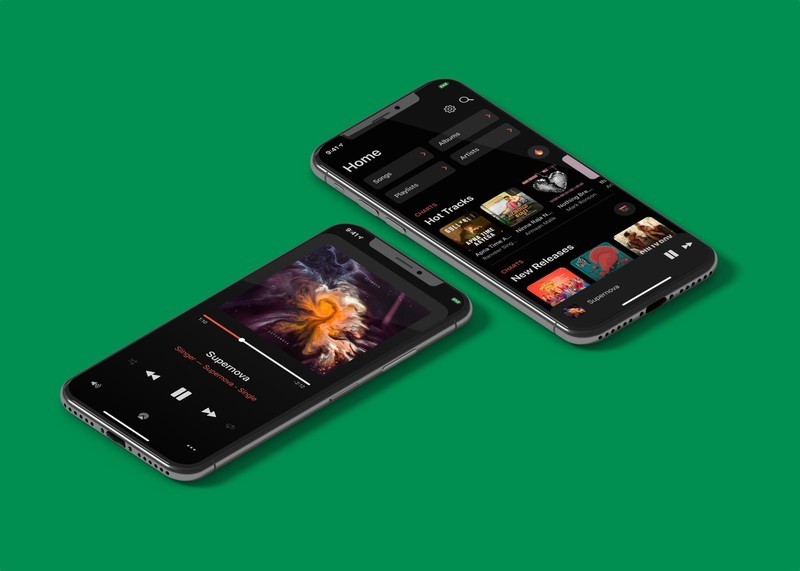 Soor is an Apple Music app that’s even better than Apple’s.

While it may not be as popular as competitors like Spotify, Apple Music is still a solid music subscription service with a dedicated audience, which includes people like me. However, while the service is pretty good (at least I think so), the Apple Music app itself always leaves something to be desired.

Enter Soor (pronounced Sur; it’s Hindi for melody/note), the new music player app that is the first fully-featured, third-party music app that fully integrates with the entire Apple Music catalog. That’s right — this is unlike any music player app you’ve tried before.

Please note that in order to use Soor, you need an active subscription to Apple Music.

The flaws of the default Apple Music app

I enjoy using Apple Music, but let’s face it — the app itself isn’t great, and the why mostly boils down to the user experience. Most interactions, like search, require several taps through various menus. Navigating through each section also requires separate taps, plus scrolling vertically gets tiresome.

Additionally, it seems that you usually lose your Library position in a song when coming back to it later, which always irks me. There’s also no dark mode, and I don’t want to see a blinding white screen when wanting to listen to my tunes in the dark.

Needless to say, Apple Music as a service is good, but the app can hinder the experience.

So what does Soor improve on? 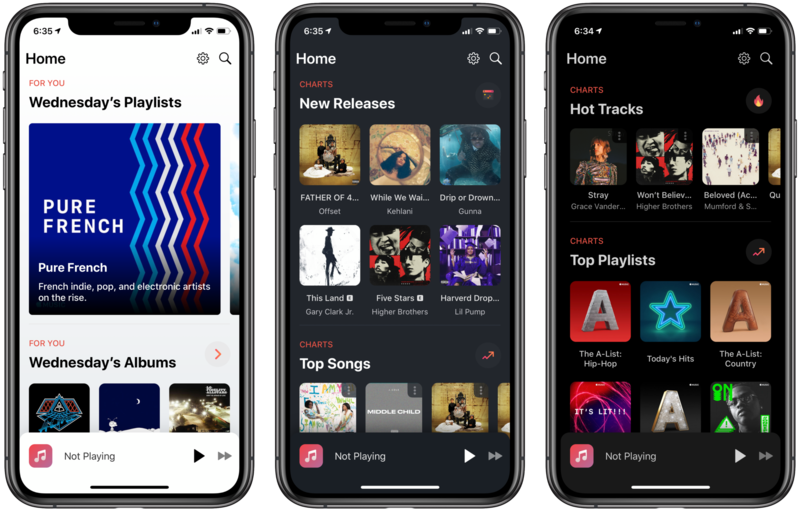 Soor basically builds on top of Apple Music by using it as a foundation. Again, you will need an active Apple Music subscription in order to use Soor at all, and even though Soor costs a whopping $10, it’s well worth it.

Think of Soor as a fresh new face for Apple Music. Once it indexes your library (this takes anywhere from a few seconds to a few minutes depending on its size), you can access everything in your Library, as well as the Apple Music catalog.

There’s also only one main Home view, which you can customize with sections, including Playlists, Recently Added, Hot Tracks, Top Playlists, New Releases, Top Songs, Recently Played, and For You. If you want to customize the Home screen, just tap on the settings gear in the top right and select Home Sections. You can pick-and-choose what sections to include, and even rearrange their order with drag-and-drop.

When you have a few sections in Home, more views are consolidated to a single screen so you see more, and if you want to expand a section to view more, all you need to do is tap on the button for each area. I find this method to be faster and easier to navigate with than Apple Music’s default navigation tabs, and it requires fewer taps too.

One of my favorite things about Soor is the intuitive Pull to Reach gesture. Since our phones just seem to be getting bigger and bigger, they become harder to use with just one hand. Pull to Reach aims to fix that.

To activate this gesture, just swipe down and then left or right to traverse across the top buttons and initiate actions. If you change your mind, just pull upwards.

I did encounter some glitches with it. One time it seemed to not like that I couldn’t make up my mind and crashed. There are also some visual bugs. Still, the convenience when it works is super intuitive and means less fumbling around on your giant phone.

In Apple Music, if you want to search for something, you need to exit out of whatever view you’re in and go to the separate Search section. It works, but isn’t the greatest experience, because you can’t just access it from anywhere.

Soor solves this by providing users with a search function that can be accessed no matter where you are in the app. To access it quickly, use the Pull to Reach gesture, or just tap the magnifying glass icon in the upper right corner of the screen.

You can search through your local library or the full Apple Music catalog, and results are displayed in a visually pleasing manner. Another bonus is that Soor stores your past 100 searches for quick access.

Drag-and-drop isn’t a new thing, but Soor pushes it further with a much more natural flow. With Soor’s interactive drag-and-drop, you can add just one or multiple items to a playlist, current queue, likes, share, and much more.

If you’re frustrated with how Apple Music handles certain features with excessive taps and menus, then Soor may be more to your liking.

Lastly, while I don’t mind the white backgrounds during the day, Apple Music is blinding to look at during nighttime. I’m grateful that Soor includes three theme options: Light, Dark, and Black.

Light is just like the default Apple Music theme, with the white background. Dark features gray, and Black is perfect for the rich and true blacks of OLED screens. My personal favorite is black, as it provides the most contrast.

Soor isn’t perfect, but it’s definitely a lot better than the default Apple Music app. I’ve been testing it out for the past week, and it’s replacing the default Apple Music app for me. I love having access to my entire music library from this app, and it looks so much better than Apple’s own app with the themes, feels more natural with the gestures, and consolidates everything into one screen for easy navigation.

If you’ve been wanting a better way to experience Apple Music, give this app a try. 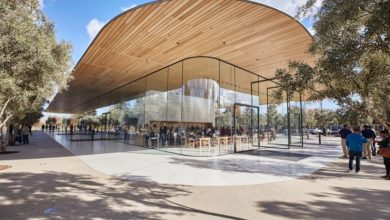 Protect your MacBook Pro with a stylish hard shell case

Theragun G3PRO is like having your own personal masseuse — we review!