A new video is going viral on the Chinese social media site Weibo. The video depicts about two dozen Chinese children singing about how much they love the Chinese electronics giant Huawei — the song’s title is translated as “Huawei Beauty.”

While at first the song and video might be seen as adorable (kids singing songs, always cute!), once you do a little digging you realize how creepy this blatant piece of propaganda really is.

Before we get into that, though, here’s the video for you to see for yourself:

The first thing that should be noted about this video is who created it: Yourong Li, a top composer at the Chinese government-funded CPC Central Military Commission Political Department Song and Dance Troupe, according to a forum post on ResetEra. The CPCCMCPDSDT (seriously) seems like it might be better named as “Videos to Convince You to Love China No Matter What Commission,” or the VCYLCNMWC.

The second thing that makes me feel queasy after watching this video is the lyrics. The translated lyrics below were posted to the same ResetEra post:

All around the world, which phone is the most pretty?
Everyone says it’s Huawei!
Battery lasts long, design is great,
China Chip is the most valuable!

Huawei good, Huawei Beauty,
Huawei brings glory to country!
We seek our dream in the New Era, (Note by OP: “dream” and “New Era” are two direct references of major “thoughts” of Xi Jinping.)
We have great ambition in our youth!

Huawei Mate X vs Samsung Galaxy Fold: Who did the foldable phone better?

MWC 2019 has kicked off and it’s looking like the most exciting iteration in years, in large part due to the presence of foldable phones. The two leading devices are undoubtedly the Samsung Galaxy Fold …

My favorite two lines are “China chip is the most valuable!” and “Global phones ranking, innovation by Huawei!” After all, what kids these days aren’t focused on chipset markets and global smartphone rankings?

This song and its message are no doubt a response from China and Huawei to the myriad scandals Huawei is embroiled in at the moment, which includes accusations of fraud, espionage, theft, and government spying.

If you live in the United States and are still wondering why this is creepy, just imagine a similar video created by the U.S. government with the kids instead singing about their love of Facebook. 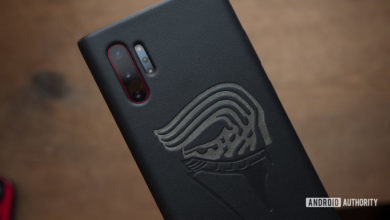 Who is your go-to phone case manufacturer? (Poll of the Week) 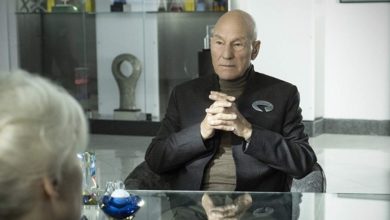 Watch the first episode of Star Trek: Picard for free — Here’s how to do it

Google I/O showed that the future of Android is less Android, more Assistant