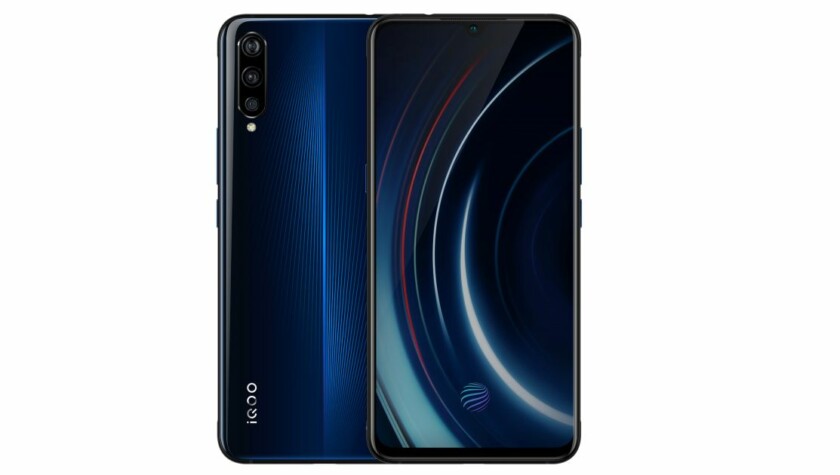 Vivo
Mobile World Congress 2019 may have wrapped up in Barcelona, but back in China, the folks at Vivo decided to announce and launch yet another high-end smartphone in its home country. The company teased this reveal a few weeks ago, and today it announced the launch of its iQOO sub-brand of gaming phones.

The first question you likely have is, “What does iQOO even mean?” Engadget reports that, according to Vivo, it’s an odd acronym for “I Quest On and On.” Ok…

The weird name aside, the Vivo iQOO is filled to the gills with powerful hardware. That includes a large 6.41-inch 2,340 x 1,080 AMOLED display with an in-screen fingerprint sensor, the fast Qualcomm Snapdragon 855 processor, and a glass back that also has an LED strip with 16.8 million color options. The rear lights are mainly used for notifications, but it’ll even light up when you make that latest gaming achievement.

The Vivo iQOO includes two hidden buttons on the right side of the phone that, when the device is in landscape mode, can serve as pressure triggers for games like first-person shooters, racing games or RPGs. The phone includes vapor cooling system that should keep the phone from overheating during long gaming sessions.

The phone also has three cameras in the back, including a 12MP standard camera, a 13MP ultra-wide angle camera, and a 2MP sensor for bokeh effects. Around front, you get a single 12MP selfie camera.

Why hardcore gaming phones are now a thing

Asus Playing games on our mobile phones has been popular for a long time, but for the most part popular games are pretty casual fare, like Angry Birds, Candy Crush, or Pokémon Go. Plenty of Android games …

A 4,000mAh battery powers the Vivo iQOO. Most of the phone’s variants support the company’s 44W Vivo Super FlashCharge technology, which should charge up the phone from 0 to 100 percent in just 45 minutes. The only model that doesn’t support this fast-charging mode is the cheapest variant with 6GB of RAM and 128GB of storage. Vivo is also selling the iQOO in 8GB/128GB, 8GB/256GB, and 12GB/256GB models.

The phone is already on sale in China, with prices ranging from 2,998 yuan (about $450) for the 6GB/128GB version up to 4,298 yuan (about $640) for the 12GB/256GB model. Engadget reports that Vivo plans to launch the iQOO phones in other parts of the world as well, although a global release date was not announced.

Huawei and the Trump debacle: The story so far (Updated, May 24)

Rumor: Samsung’s next foldable will be a clamshell device