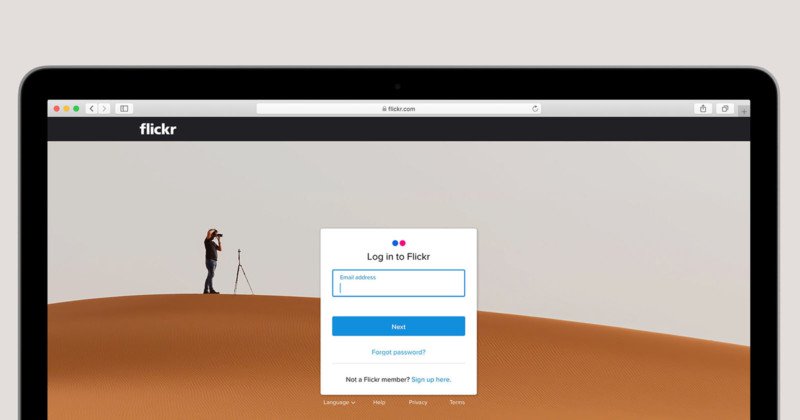 After being acquired by Yahoo in 2005, Flickr became bound to its new owner’s authorization system, meaning all users needed to have a Yahoo account just to use Flickr. Flickr has just announced a new login system that finally frees the service from Yahoo.

Flickr says that a revamped login system was the single most requested feature by users after it was sold to SmugMug in 2018.

“We set to work right away to bring all our members a new, secure login method that doesn’t require a Yahoo account, and we’re thrilled that the time has come to begin migrating members to the new login,” Flickr writes in a blog post.

The Flickr login page has already been updated with a redesigned look.

Once the rollout reaches you, you’ll be taken through a simple process that will allow you to choose a new login email address and a new password — you may have already changed your password once in 2016 after Yahoo announced that 1 billion of its accounts were stolen.

Because Flickr has so many registered users, this rollout will take some time, but it should reach you sometime “over the next few weeks.”

“We hope you love this new, simpler login experience,” Flickr says. “We’re still hard at work on performance and stability improvements across the site (as discussed here), but we’re delighted to check this key item off our members’ wish lists.”

Friends Through Flames: Camaraderie on the Front Lines of Wildfire Photography

The MicroFogger is a Tiny Fog Machine Perfect for Creative Photos