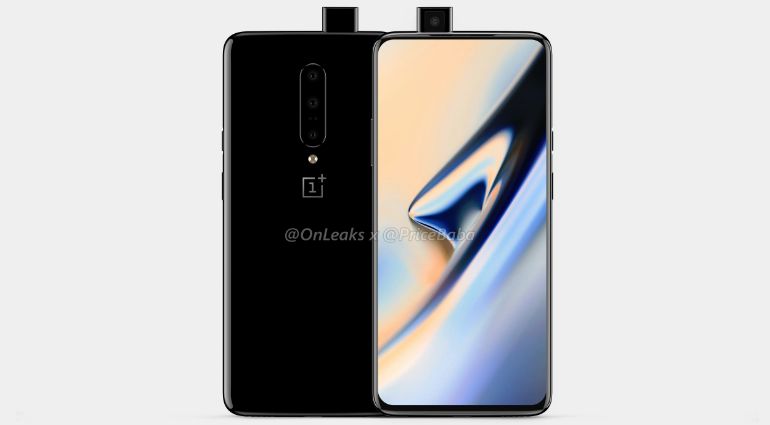 The OnePlus 7 may be one of the most anticipated smartphones of 2019. Now, some alleged renders of the phone have surfaced on the internet, created by noted gadget leaker OnLeaks, and posted by Pricebaba. The renders show a device with what appears to be a pop-up selfie camera.

Mobile World Congress is the venue for some of the biggest smartphone launches in the world. This year, things got a little weird: Samsung and Huawei had phones that fold in half; LG’s flagship sees …

You may remember a photo that made its way onto the internet in January, showing what was claimed to be the top half of the OnePlus 7. We were skeptical about the image, which suggested a sliding mechanism at the top of the phone. If this new render from OnLeaks is indeed accurate, then our skepticism about the earlier image would appear to be justified, at least in part. The pop-up selfie camera could be OnePlus’ solution for creating a nearly bezel-free display rather than a slider design. The screen is tipped to be about 6.5 inches in size.

The report claims that the OnePlus 7’s dimensions will be 162.6 x 76 x 8.8mm, except for the rear camera bump, where the thickness will be 9.7mm. Speaking of which, the renders also show a triple rear camera setup for the OnePlus 7, with the sensors arranged vertically in the top center of the phone’s back. The renders also show the ports and buttons on the phone in their expected positions, including the trademark notification slider.

The brand hasn’t announced much in the way of the hardware we can expect to find inside the OnePlus 7, although we do know the company has decided not to include wireless charging support. These renders don’t show a 3.5mm headphone jack or a fingerprint scanner either. The company’s last phone, the OnePlus 6T, ditched the headphone jack and included an in-display fingerprint sensor, so it’s likely that will remain the same for the OnePlus 7.

We also know that the OnePlus 7 will not be a 5G smartphone, although the company is indeed working on such a device. In fact, we saw a prototype for that phone last week at MWC 2019, albeit covered up in a glass casing.

Keep in mind that these OnePlus 7 renders are not official, so its possible the final design will be different. The phone is expected to launch in the first half of 2019. What do you make of this design? Let us know in the comments!

NEXT: The Samsung Galaxy S10 might just steal this OnePlus fan’s money 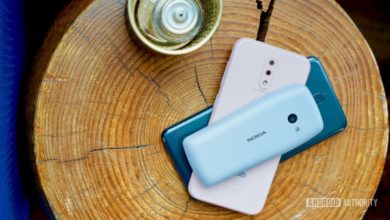 The best refurbished phones: What are they, and where can you get them?