The Royole Flexpai may have been first, but the Samsung Galaxy Fold and Huawei Mate X certainly delivered the more ergonomic, polished foldable phones. And it looks like the South Korean manufacturer has at least two more foldable devices in the works.

According to Bloomberg, citing “people familiar with the matter,” Samsung is working on a clamshell design and an out-folding design.

Read: Huawei P30 model to arrive with periscope camera, should be a zoom champ

The clamshell form factor means the device folds from top to bottom, much like the Samsung W series. But we’d expect a long, continuous screen here, instead of a keypad on the lower half.

The out-folding design, however, is the same fundamental approach taken by Huawei’s Mate X, making for a stark difference compared to the Galaxy Fold. Samsung’s current foldable phone folds inwards and has a separate smartphone screen on the outside when folded. Meanwhile, the Mate X uses part of the tablet screen as the smartphone screen, reducing the need for a standalone smartphone display in the first place.

When should we expect them?

Bloomberg‘s sources say the clamshell foldable phone will be revealed either later this year or early in 2020. The device apparently has a screen on the outside, but it’s claimed Samsung could remove it depending on the reception to the Galaxy Fold’s outside screen. The out-folding foldable phone is tipped to launch after the clamshell device, and it’s said to exist in prototype form already. The phone is said to lack an extra screen, much like Royole and Huawei’s offerings.

Furthermore, the website’s sources say Samsung could integrate an in-display fingerprint sensor into its foldable phones.

Samsung hasn’t stopped working on the Galaxy Fold yet either, as it’s believed the company is still working to improve the display’s durability. More specifically, it’s claimed the Korean brand is trying to get rid of a crease that appears on the screen after it’s been folded roughly 10,000 times. Samsung is reportedly considering free screen replacements after launching the phone in order to bring peace of mind to consumers.

The Galaxy Fold and Mate X represent the two leading efforts from manufacturers to date, but several other brands are waiting in the wings with foldable phones. Xiaomi posted a video to social platforms earlier this year, showing a foldable device with a dual-folding design. The left and right sides of the Xiaomi device fold backwards, leaving the middle section for a smartphone screen. It’s probably too early to say which design will ultimately reign supreme, but the diversity of solutions is definitely intriguing.

Redmi 7A hands-on: Will it continue Xiaomi’s dominant run in India? 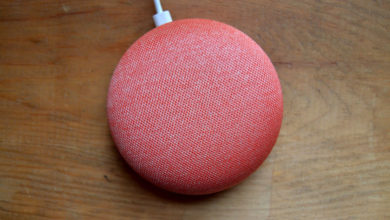