The remap revolution has begun at MWC 2019. After almost two years of to-ing and fro-ing, Samsung has confirmed that it will finally let users remap the Bixby button on all its current and future Galaxy phones.

The announcement was understandably drowned out by the headline-grabbing reveals of the Galaxy S10 series and the Galaxy Fold, but it represented a potentially huge turning point for hardware customization on Android phones. When the world’s largest smartphone maker makes a decision, other OEMs take notice.

MWC 2019 is already coming to a close, but a huge amount of devices debuted during the show. From foldables to 5G, this year’s event saw a lot of innovation in a space many would …

Unfortunately this utopian vision of a world where all our phones have an extra customizable hardware key may have been torn away from us already.

Just days after Samsung’s commitment, Google announced that it will be joining forces with a bunch of OEMs to bring dedicated Google Assistant buttons to multiple smartphones in 2019.

The only problem? You won’t be able to reprogram any of them.

When asked if these Google Assistant buttons will be locked down as standard or open to customization from users, a Google representative gave Android Authority the following response:

We’re working with partners to ensure the Assistant experience is intuitive and consistent across devices, so the button will not be programmable at this time. We also allow users to disable the button if they so choose.

There are some apparent caveats (which I’ll get to), but taken at face value this is a clear cut stance on remappable hardware keys from the search giant, even if the “at this time” part leaves some wiggle room for customization further down the line.

It also suggests Google will force its announced partners — LG, Nokia, TCL, Vivo, and Xiaomi — to lock down the button on future phones. Considering LG previously hinted at a remap option for the LG G7 ThinQ — the first phone to carry a Google Assistant button — you have to wonder if it wasn’t eventually able to do so at Google’s insistence.

The decision is especially disappointing in the face of Samsung’s long-awaited announcement. The move to open up the Bixby button signalled a huge change in the OEM’s attitude towards a divisive feature first introduced with the Galaxy S8 series.

Unfortunately, it seems like the implementation is far from perfect though. While there a plenty of apps and functions you can remap the button to, you apparently can’t set it to call forth a different assistant like Google Assistant or Alexa.

my S10+ review unit has received an update to the Bixby app that lets me natively remap the button to a more useful command. guess what app CAN’T be mapped to it?

Even if you do replace Bixby, you also seemingly can’t escape from it in its entirety as Samsung’s One UI has baked its assistive commands and notifications right into its very core.

That it took two years and multiple blocked third-party apps to get to even this point isn’t fantastic in hindsight, but for Samsung Galaxy users it’s a case of better late than never, and better this than nothing.

Perhaps Google will eventually add a remap option too. Who knows, if there’s enough outcry from users it might not take the whopping two year stretch it took Samsung to finally give in.

Yet, the timing of both announcements does Google no favors. While Samsung has at least taken a few steps forward, Google has decided to walk in the exact opposite direction.

It’d be a cruel irony if Google’s stance was influenced by Samsung’s choice to hold out on a remap option for quite so long.

The lineage of extra hardware buttons doesn’t begin or end with Samsung.

TCL’s Blackberry phones have carried a so-called convenience key since the launch of the DTEK50 through to the recent Blackberry Key2. All of these have been heavily customizable, culminating in the Key2 which supports three shortcuts as standard and even more contextual functions if you toy around with profiles.

There’s also the squeezable buttons on HTC’s phones which eventually led to Active Edge on Google’s Pixel line. Edge Sense supports various gesture commands and can be remapped to open other apps or HTC Sense features.

Google added quick access to Google Assistant on the Pixel 2 and then the Pixel 3 series with its own variation. Unfortunately, Pixel users are stuck with that stock function. There are third-party apps like Tasker that can be used as a workaround for the Pixel 2, but not the latest Pixel phones.

Related: How to use Google Assistant through your headphones

As for dedicated physical Assistant buttons, the LG G7 ThinQ started the ball rolling but you still can’t remap it natively. The same is most likely true for the LG G8 ThinQ and LG V50 ThinQ.

There are also Assistant buttons on the Google Pixelbook and Pixel Slate. These can’t be remapped either, but the buttons don’t stick out quite so much on a QWERTY keyboard. There are even hints we might get to customize these keys in a future Chrome OS update.

The wild card is the Xiaomi Mi 9, which you’d think would fall under the new “Assistant only” policy. However, in our review we found that you can remap the button to some basic MIUI functions like the flashlight. You can’t change it to summon an app of your choosing though, so it’s still far from ideal.

It’s entirely possible that Xiaomi’s other phone with an Assistant button, the 5G Mi Mix 3, will be the same. The main question marks are Nokia, Vivo, and TCL. It’ll be especially interesting to see how TCL balances the Google Assistant button with the Blackberry convenience key. Will we get two buttons or will the convenience key be retired?

Pain in the Assistant

For many users the presence of a non- or only semi-customizable Google Assistant button on their phone won’t be a huge concern. After all, the Bixby button didn’t stop millions buying the Galaxy S8 or Galaxy S9.

It’s also true that Google Assistant is a far more useful companion than Bixby, which softens the blow a bit.

Despite Samsung’s best effort to improve its proprietary digital butler, Assistant is still way ahead in the race due to its deep integratioon with Android and much wider set of features and functions — with even more announced at MWC 2019.

More choice is always better than no choice at all.

Assistant is also more familiar to users thanks to its stronger presence in the wider smart home ecosystem via Google Home, whereas Samsung’s Galaxy Home is still lacks an official release date.

There’s a high chance Google doesn’t see the lack of a remap option as an inconvenience at all. After all, its spent years honing Assistant into a genuinely assistive companion that’s now an integral part of Android and the wider Google brand.

People are using the Google Assistant more than ever. #Android and @NokiaMobile made a dedicated button on your phone to make it easier to access on the go, on your couch and everywhere in between. #MWC19 #AndroidMWC pic.twitter.com/PYO5t66ErQ

Yet, it doesn’t matter how great Assistant is or how many people are happy to ignore a dedicated Assistant button. The bottom line is that more choice is always better than no choice at all.

The decision slightly sours what has, up until now, been a mostly positive relationship with Google’s friendly companion.

Even if you have a best friend that you couldn’t live without, you still want a little personal space from time to time. Assistant has so far been the kind of reliable pal you can call on at any time, but Google shouldn’t force that relationship at the expense of a more open, user-friendly experience. 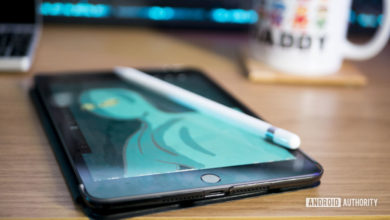 How to become a digital artist