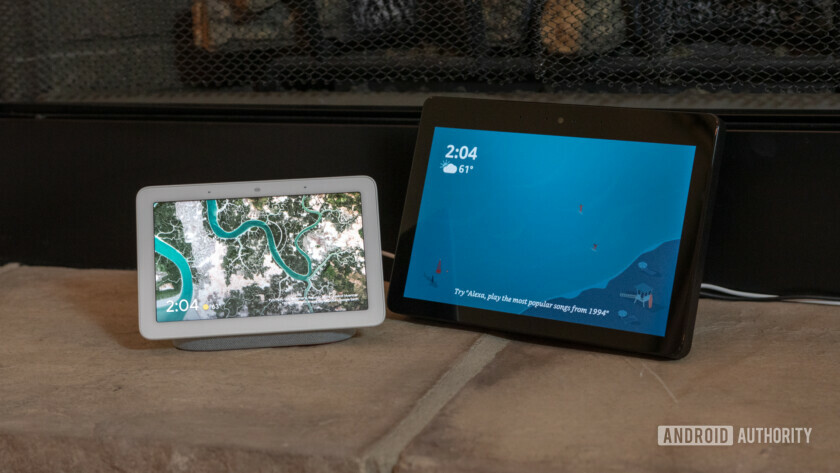 When Amazon unveiled the original Echo Show in June 2017, many agreed adding a screen was the natural progression for an Alexa device. Since then, not only has Amazon released a second-generation Echo Show, but Google has released its own Smart Display called the Home Hub.

At this point in the virtual assistant race, there aren’t many differences between the Google Assistant and Amazon Alexa. The same goes for their smart displays.

If you’re trying to decide between the Google Home Hub vs Amazon Echo Show 2, here are the main differences you should know about.

The Amazon Echo Show 2 is huge in comparison

Before we talk about the functionality of the Google Home Hub vs Amazon Echo Show 2, let’s discuss both device’s physical differences. First, it should be clear just how much bigger the Echo Show 2 is. Not only is the device’s overall size more prominent, but so is its display.

Google Home Hub review: This is the Smart Display you should buy

Alongside the new Pixel 3 and Chromecast, Google also recently announced the Google Home Hub. The Hub is Google’s first entry into the smart display market, aiming to improve on the smart speaker formula by …

Day to day, the screen size and resolution don’t matter that much. Occasional queries will result in the devices showing additional information on-screen, but the benefit of the display comes when watching content. More on that later.

The base of both devices stores the smart display’s speakers. Obviously, due to the sheer size difference, the Echo Show 2 features bigger, louder, and better-sounding speakers. While the Echo Show 2 includes two 2-inch speakers and a passive bass radiator, the Home Hub only includes a “full-range” speaker.

Neither system sounds bad, but Amazon has a clear advantage. Other smart displays, like the JBL Link View, LG WK9 ThinQ Xboom, and Lenovo Smart Display offer a similar software setup as the Home Hub but with much better sound systems.

Both devices include almost identical physical controls. As you can see from the above photos, the Home Hub has a microphone mute switch at the top of the screen and a volume rocker on the right side. Amazon placed three individual buttons on the top edge of the Echo Show 2. These can raise and lower the device’s volume, mute the microphone, and turn off the webcam.

The Echo Show 2 comes with a built-in webcam while the Home Hub doesn’t. Amazon customers can use their smart display to drop-in on other Echo Show or Spot devices they own. Additionally, users can use the Echo Show 2 to video call people in their contacts. The incoming call will show up on the other person’s Alexa app, Echo Show, or Echo Spot.

On the top of the Home Hub is an ambient light sensor. This sensor allows the Smart Display to identify the light hue of its surroundings and adjust its screen to match. This feature helps the Home Hub fit into any room in a person’s house.

With the long-awaited release of the Lenovo Smart Display – which features Google Assistant integration – we finally have an official way to visually interact with Google Assistant, rather than just through voice. Now that the …

Again, other smart displays feature webcams, so check those out if its something you need and don’t want to buy an Echo Show 2.

Most of these differences between Google Home Hub vs Amazon Echo Show 2 stem from where each company envisions customers will use the smart display. For Google, the company designed the Home Hub to fit into any room, including entryways and bedrooms. That’s why it’s small, friendly-looking, and the size of a picture frame. The Echo Show 2, on the other hand, is primarily for use in kitchens and other entertainment spaces.

The main difference between these two devices is the virtual assistant baked in. Chances are if you are looking at getting an Echo Show 2 or Home Hub, you already know if you prefer Google Assistant or Amazon Alexa. Having a preference at this point is beneficial because there aren’t many differences between the two from a capabilities standpoint.

War of the AIs: Who is leading the assistant race?

Smart assistants were all over CES 2019. As Google, Amazon, and their various partners unveiled new services and technologies, it seemed one AI assistant or another had a role to play in a large proportion …

No matter which device you end up getting, you will be able to ask it basic queries like what the weather is, turn on or off smart items in your home, and launch various skills or apps.

Customers can explore new skills and integrations, either by asking the smart display to show a list of them or by opening the platform’s app. For the Home Hub, everything can be found within the Google Home app while users can open the Alexa app to change things on the Echo Show 2.

For many, the Home Hub and Echo Show 2 will be table-top ornaments 99 percent of the time. They won’t be used on an hourly basis, instead sitting in one place until you’re ready to use them. So each smart display might as well show relevant information, right?

By default, the Google Home Hub shows the time and weather, and a photo slideshow of various pieces of art and places of interest. Users can customize this to show their photo albums from Google Photos or display a clock.

Amazon offers a very similar setup, but throws in a couple of added options. The Echo Show 2 can also display news headlines, sports scores, stock information, and more. You can toggle these add-ons in the device’s settings.

Smart homes are still a bit of a niche, but they are growing in popularity pretty quickly. There are several reasons for this. First, pricing continues to drop on smart home gadgets. Second, smart home gadgets …

Digging past the homescreen, the Home Hub displays a variety of useful information. First, you will find the weather and any upcoming calendar events. Swiping over from there, you will find suggestions for YouTube videos to watch, music from Spotify to listen to, breaking news, and more.

Swiping down from the top gives you access to smart home controls. These allow customers to turn on various items without using voice commands.

The Echo Show 2 doesn’t offer all of these niceties. While you can ask Alexa to show upcoming calendar events and what not, the information won’t auto-populate for you. Fortunately, Amazon offers a similar drag down menu to control smart home products manually.

As previously mentioned, one of the main draws for buying an Echo Show 2 or Home Hub is to take advantage of the displays. Google’s Smart Display dominates in this regard, unless you’re really in love with Amazon’s services.

First and foremost, the Home Hub includes Chromecast support. This means customers can cast content from their phones directly onto the display. With a press of a button, you can have YouTube, Spotify, or some other media provider running on the display. The only service notably missing is Netflix.

Amazon Echo commands – our guide to everything Alexa can do

While Google Home is quickly expanding its library of commands, the reality is that Alexa still remains the most robust digital assistant when it comes to smart speakers — at least for now. Alexa is …

The Echo Show 2 is sadly severely lacking in this department. While Amazon added Hulu, NBC (with a cable TV subscription), Spotify (via Spotify Connect), and Vevo to the platform, customers are stuck mainly with Prime Video and Amazon Music.

At one point, Amazon had built a YouTube player into the Echo Show, but Google wasn’t happy with the implementation. So now, if customers do want to watch YouTube videos, they have to launch the smart display’s built-in Silk browser or Firefox. This workaround is functional, but customers are stuck watching videos from the mobile-web interface.

Choosing between the Amazon Echo Show 2 vs Google Home Hub comes down to personal preference. The Show is a much larger device, comes with better speakers, and has over 1,000 skills. The Home Hub is smaller, has more media options, and fits perfectly in almost any room.

It also depends on your preference of voice assistant. Alexa and Google Assistant can perform almost identical tasks, so it’s up to you to decide which one fits your life better. Assistant is tied to your Google account, so it has a deeper integration into all of the various services you might use.

The Google Home Hub costs $149 but regularly goes on sale for $20 to $30 less. The Echo Show 2 costs $230 and can also be occasionally found on sale. This is quite a price difference, but you get the larger display, better speakers, and a webcam in Amazon’s offering.

Remember, if you prefer Google’s Smart Display platform, other third-party devices offer an identical user experience to the Home Hub, but with larger displays and better speakers.

Amazon Echo Show 2
Google Home Hub
Affiliate disclosure: We may receive compensation in connection with your purchase of products via links on this page. The compensation received will never influence the content, topics or posts made in this blog. See our disclosure policy for more details.

25 Bixby actions to try with your new Galaxy S10 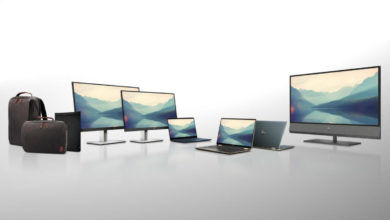 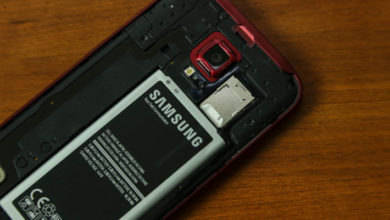