The U.S. government is threatening to reduce the amount of intelligence it shares with Germany if Huawei wins a contract to build the country’s next-generation 5G network.

That’s the takeaway from a letter sent by the U.S. ambassador to Germany, Richard Grenell, to Germany’s economics minister Peter Altmaier, as reported by The Wall Street Journal. Grenell, appointed by President Trump last year, said the U.S. would not be able to continue sharing the same level or amount of classified intelligence over fears of Chinese spying.

It comes just days after Germany’s federal cybersecurity agency announced its 5G security requirements, but did not outright ban Huawei from the contract-bidding process.

It’s the latest move — if not a significant escalation — by the Trump administration to pressure its allies into dropping the Chinese networking gear maker over its links to the Chinese military.

The U.S.’ anti-Huawei cabal has so far seen Canada, Australia, New Zealand, Japan and most of Europe drop plans to use Huawei gear, which governments and phone networks have said is both cheap and reliable, but necessary for the anticipated explosion in 5G interest.

But Germany has — like the British — seen little conclusive evidence to show that Beijing is behind the scenes pulling the strings — only that the company could be compelled to spy in the future once use of the technology has been firmly established.

Korbinian Wagner, a spokesperson for the German ministry for economic affairs, confirmed the receipt of the letter but declined to comment on its contents.

The Department of State did not respond to requests for comment.

The U.S. and Germany have worked to try to repair their intelligence sharing relationship following the Edward Snowden disclosures after allegations that the National Security Agency was caught tapping into the phone of German chancellor Angela Merkel. Germany is one of dozens of countries that obtain classified signals intelligence from the U.S. intelligence community, as both a member of NATO and the so-called 14 Eyes alliance of European countries, which rely on the data sharing alliance for counterterrorism efforts. Germany suffered several terrorist attacks in the past two years, most of which inspired by Kurdish extremists and supporters of the so-called Islamic State.

The European Commission is set to rule on a potential bloc-wide ban of Huawei gear in the coming weeks, per reports.

Meanwhile, Germany is expected to launch its 5G spectrum as early as next week, sparking the beginning of the country’s first foray into the next-generation mobile network.

Updated with response from German government,

US announces criminal charges against Huawei, seeks to extradite its CFO 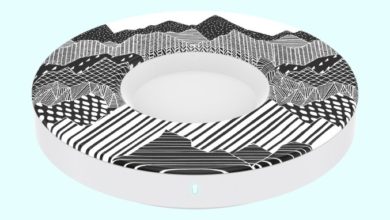 Light is expanding from smartphone cameras to self-driving cars