Towards the end of February, Google sent out invitations for a March 19, 2019 event happening at the Game Developers Conference (GDC). The invitation itself and the fact that the event is happening at GDC suggested Google is going to announce some sort of gaming product.

Now, Google has released a new teaser that once again suggests a gaming product is coming next week, although this time there’s a bit more evidence that the product will involve physical hardware.

Google tweeted out a YouTube video along with a link: https://g.co/gatheraround That link leads you to a microsite hosted at the Google Store, which is pretty strong evidence that Google will be launching a physical product we’ll be able to buy from that store.

Check out the teaser below:

The Google Project Stream test is over… now what? (Updated)

There are two Google gaming products that we know of that have been in the works for some time. The first is Project Stream, which allows gamers to play AAA titles using nothing but a web browser. The second is something called Project Yeti, which we know less about but do have an idea that it involves physical hardware.

It could be that Project Stream and Project Yeti work together in some way, and the GDC event will see Google launching a hardware product along with the commercial version of Project Stream. It’s relatively certain, however, that Google isn’t going to just announce an online game streaming service, as it probably wouldn’t sell access to something like that at the Google Store.

What do you think? We’re one week away from the full reveal of what Google has in store, but let us know your theories in the comments!

NEXT: Google may show off its own game console at GDC 2019

Google Assistant at three years old: The best is yet to come 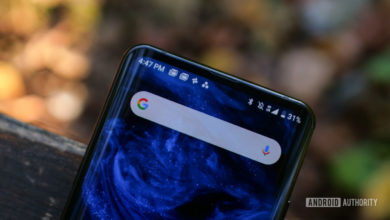