The phone won’t come cheap, though — the Xperia 1 costs an eye-watering $999.99. Also, the Xperia 1 is only available in black in the U.S. We don’t if or when the U.S. will get the phone’s other color choices, which include grey, purple, and white.

We also don’t know exactly when the Xperia 1 will be released. Sony said the phone will be available sometime in late spring, with Amazon’s December 31 launch date most likely a placeholder.

Dating back to 2001 when it was Sony Ericsson, Sony’s released mobile phones for a long time. In 2008, Sony Ericsson launched the first Xperia phone, the Xperia X1, which was actually made for Microsoft’s …

Announced during MWC 2019, the Xperia 1 is Sony’s latest flagship smartphone. The Xperia 1’s standout feature is its 6.5-inch OLED display with 4K resolution and a 21:9 aspect ratio. The aspect ratio makes the display good for movie-watching, but it also makes the phone narrower and easier to hold with one hand.

By all intents and purposes, the Xperia 1 is Sony’s flagship. The question, then, becomes whether you think it’s worth the $999.99 asking price. If you think so, you can pre-order the phone at the link below.

3 big audio deals you may have missed this week 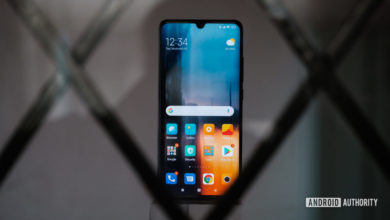 Google ceases sales of Pixel 2 and 2 XL — Bring on the discounts! 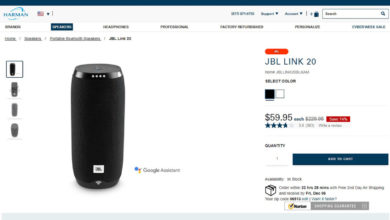 Deal: Google Home Mini not good enough? The JBL Link 20 is on sale for just $60