While Apple refreshed the iMac lineup this morning, the default iMac pro that you can buy for $4,999 remains the same. But Joe Rossignol from MacRumors spotted some changes in the configure-to-order options.

But if you don’t need that much RAM, the good news is that other RAM options are now cheaper than before. For instance, upgrading from 32GB to 64GB of RAM now costs $400 instead of $800. Given that you can’t easily replace the memory on the iMac Pro, this is a nice change for people planning to buy an iMac Pro.

The iMac Pro targets a specific market — people who need an incredibly powerful and stable computer when it comes to CPU, GPU, memory and connectivity. If you know you need a bottomless pit of performance, it’ll cost you a lot of money. But it’s good to see that there are now more options and more ways to configure the iMac Pro to your needs.

These Are the Best Ultrawide Monitors in 2019 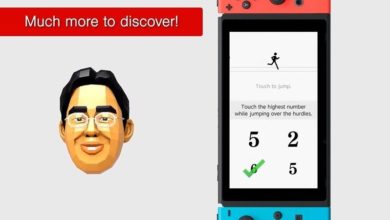 Brain Training for the Nintendo Switch arrives in January

Do you need a subscription to use Fitbit software?

Bulletstorm: Duke of Switch Edition: Everything you need to know