Two days after MoviePass announced the return of the company’s unlimited ticket plan, Ted Farnsworth, CEO of its parent company Helios and Matheson Analytics, sat down with TechCrunch to offer insight into the state of the beleaguered service.

According to the executive, MoviePass Uncapped is already seeing positive results. While he didn’t share concrete numbers, he says that subscribers have increased “well over 800 percent in the last few days. And that’s conservative.”

Asked what it would take to make the company’s subscription business profitable, Farnsworth says, “Well, it’s profitable right now.” As for when it turned the corner, he added, “I will tell you this, because it’s out there: MoviePass has actually paid Helios back money over the past several months, towards the loans that they have. So, that gives you an idea of when we really started focusing on getting rid of the 20 percent of the abusers.”

The plan marks a return to the initial unlimited model that helped turn MoviePass into a household name in the past year. But that success arrived with a massive price, as the service began hemorrhaging money. MoviePass withdrew the unlimited plan and began reworking its plans on what seemed to be a weekly basis.

In July, at the height of what was supposed to be the Summer of MoviePass, the service experienced an outage as it struggled to pay bills. Helios secured a $5 million loan from creditors Hudson Bay Capital Management in order to turn the lights back on. 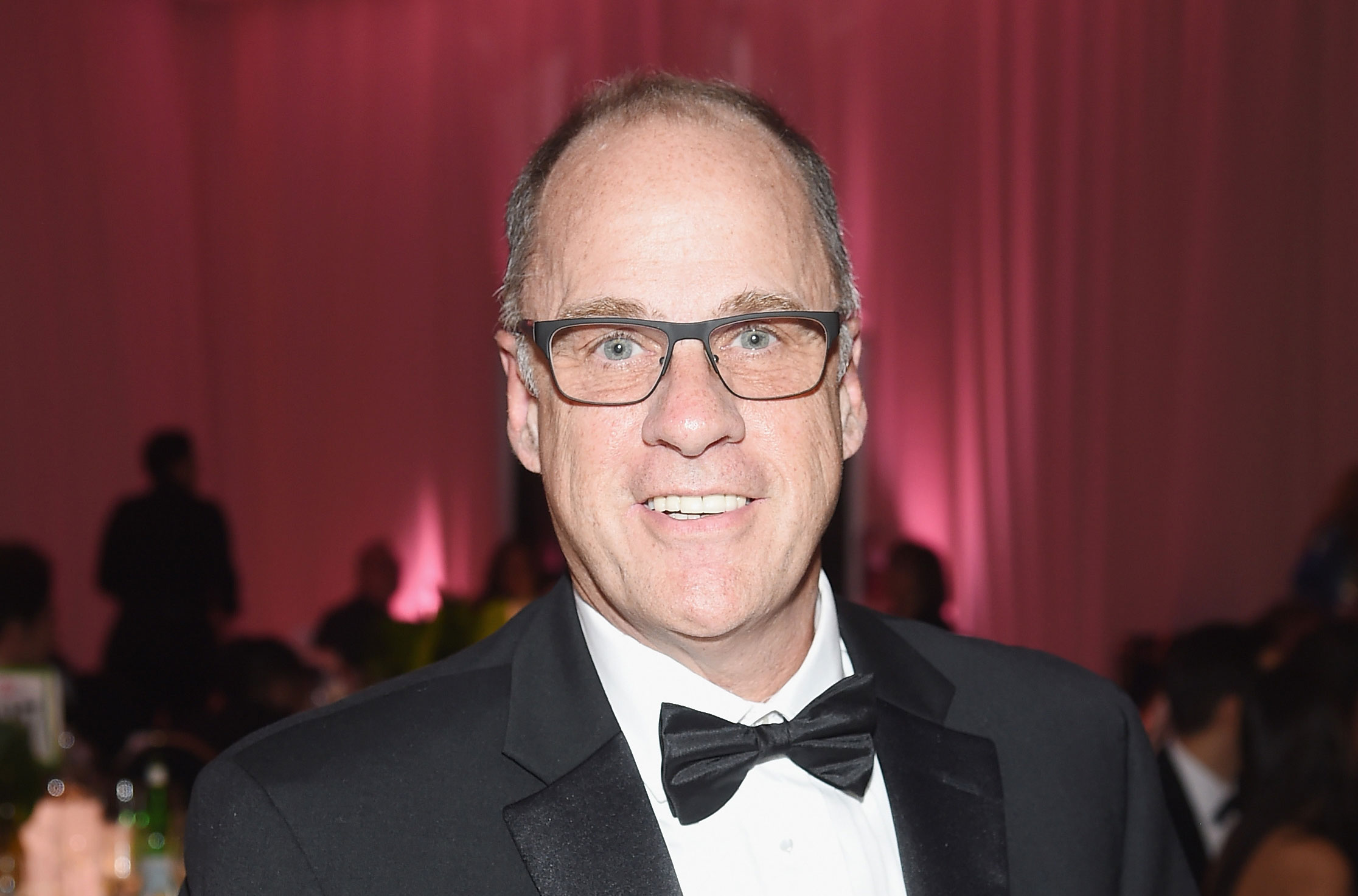 “I think the big SNAFU there was the credit card company,” the executive explains. “When one company sold to the other, we had been doing business with them for four years. They decided it was too much credit for them and literally call the credit line on a Friday night and I do a personal guarantee on a Saturday.”

However things might have gone down on the back end, the optics of such a situation were clearly less than ideal. MoviePass’ struggles were very public from the beginning, as part of a publicly traded company. A literal shut down for the service appeared to be just the latest sign that the too good to be true service was exactly that.

And while Farnsworth admits that the company would have benefited from a bit more privacy, he claims that he never had any doubts about MoviePass’ future, even as he negotiated with creditors for a fresh cash injection.

“There were no moments in my mind where I thought it would go down. In my mind, I thought it was too big to fail,” he says. “You created a household name in less than a year. I think any time you have something like that, where you’re going to run into issues from sheer growth. Our investors did well investing along the way. The investors believed in us and they still do. We knew we had to slow it down to get in front of the fraud side because there were so many moving parts. It was moving so fast.”

It’s that “fraud” that was at the center of MoviePass’ woes, says Farnsworth. MoviePass’ initial downfall, he believes, was the product of too many users “gaming the system.” He believes the total number of users that fall into that category to have been around 20 percent of the overall subscriber base.

It was a minority, certainly, but still a sizable figure, given that, by June of last year, that total figure had exceeded three million. By that point, the service also comprised around five percent of U.S. box office receipts. Much of the past year has been spent attempting to plug holes in the subscription service as the MoviePass boat began rapidly taking on water.

To be clear, “gaming the system” doesn’t just mean watching a lot of movies — Farnsworth says he’s happy to have “hardcore” users, even if they’re buying way more than $9.95 or $14.95 worth of tickets. Instead, his concern is users who are doing things like sharing their subscription or just using a MoviePass ticket to use the theater’s restroom — something surprisingly common in places like Times Square, where public bathrooms are hard to come by.

One of the primary fixes, Farnsworth says, is utilizing mobile tracking to ensure that subscribers are, in fact, using the service as intended, and looking for “red flags” like constantly changing the device using the app. Users are already required to enable location-based tracking in order to enable ticket purchase. This will utilize that to ping the ticket purchaser’s location, in order to make sure that they’re actually attending the movies for which they’ve purchased tickets. 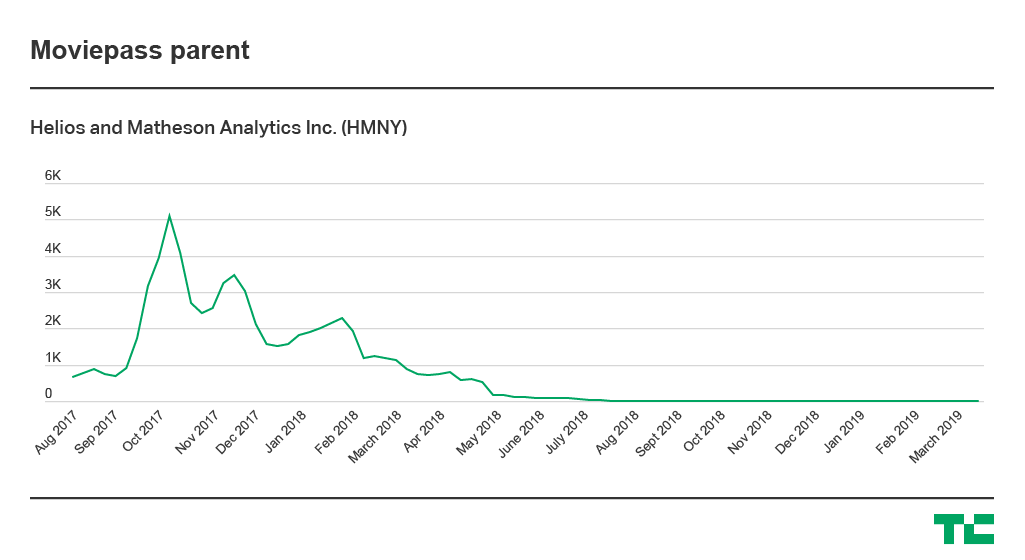 “For instance, another issue is where people would go to the theater, they’ll pick up the ticket, they’ll hand their ticket to the kid or their child or their friend or whatever it is … and the person that’s paying the subscription goes back home or whatever they do,” he says. The new strategy: “When the movie starts, 30 minutes later [we’re] able to ping them inside the theater, just to make sure they still are at that theater.”

Looking ahead, Farnsworth says that the days of constantly changing pricing and restrictions are over, and that the company is committed to the unlimited plan. In fact, in his telling, the goal was always to get back to the unlimited plan — it was just that MoviePass had to figure out how to cut down on fraud to make the plan work.

At the same time, he says MoviePass’ film studio will also be an important part of the business. It has been overshadowed by the headlines about the company’s subscription struggles, but MoviePass Films has titles starring Bruce Willis, Al Pacino and Sylvester Stallone scheduled for this year.

MoviePass also invested in “Gotti,” and although the film was reviled by critics and only grossed $4.3 million at the box office, Farnsworth doesn’t see it as a failure.

“We never looked at Gotti as a money-maker” he says. “They only projected that it would do a $1.3 million in the box office here. Because then, when we pushed it with MoviePass, we took that up to five million. So, I mean, when you can take a movie — I gotta be careful here, but when you take a movie that might not be that great or perfect, and you can move that needle, [that] was always our theory of subscription.”

Check back later for our full interview with Farnsworth.

Google will bring its Assistant to Android Messages

Nine lessons on how Niantic reached a $4B valuation