Best Answer: It currently seems that way from the promo images. Due to the weight of the Nintendo Switch in the Labo VR goggles, it would not be a comfortable experience to have an unsupported tablet on your head. Plus, the Joy-Cons and props are used for detecting motion and triggers or controls, so you’ll need your hand on them anyways.

So how does the Labo VR Kit work?

Like the other Nintendo Labo kits, the VR Kit is a DIY project where you build a pair of VR goggles made out of cardboard, along with some other accessory props to go along with the goggles to simulate different VR experiences.

Once you have the goggles and accessories built, you’ll want to insert your Switch console into the screen holder, attach the prop you want to use, and then add the Joy-Cons to their appropriate place in the prop. Each accessory is different with where the Joy-Cons go and how they work, so you’ll want to make sure to take a look at the manual and instructions of your kit to ensure that everything’s ready-to-go once they’re put together.

So there’s no way to play the Labo VR games without holding it up?

From what we have seen in promo images for the upcoming Labo VR Kit, it doesn’t appear that way.

Again, we think it’s impossible to use it without holding it up anyway due to the weight of the Switch screen inside of the goggles, and the Joy-Cons going into the prop themselves, which is just made from cardboard. And since the Joy-Cons are part of the prop, you can’t just hold them in your hands while your arms are down by your sides, since the props need the Joy-Cons to detect motions and movements.

Why are there two VR Kits?

There are two versions of the VR Kit, but there’s a good reason for that.

The full Labo VR Kit costs $80 and contains everything you need: the necessary Goggles, along with the Blaster, Wind Pedal, Camera, Elephant, and Bird accessory props. Along with all of that, you get the Labo software, screen holder, and a safety cap. It’s what you want to get if you plan on going all-in with Nintendo’s attempt at VR, though keep in mind this is not true virtual reality.

Then there’s the VR Kit Starter Set + Blaster, which costs $40 but only gives you the goggles and Blaster accessory, along with the Labo software, screen holder, and safety cap.

Nintendo is planning on releasing the Camera and Elephant together in Expansion Set 1, and the Bird and Wind Pedal in Expansion Set 2. These will come in later in the year and cost $20 each, and will only be available through Nintendo. These expansion sets will not include the software, screen holder, or safety cap, so you’ll need to purchase the Starter Set to get those necessary components.

Both the VR Kit and Starter Kit + Blaster will be available on April 12.

Nintendo Labo VR Kit is the full experience if you want to go all-in with it. The kit contains the VR Goggles, Blaster, Camera, Bird, Wind Pedal, and Elephant prop accessories. You also get the software, screen holder, and safety cap.

If you just want to try it out

The Starter Set + Blaster only includes the VR Goggles and Blaster prop, along with the software, screen holder, and safety cap for half the price of the full VR Kit. You’ll be able to purchase the Expansion Sets later on from Nintendo if you want to get the other props.

Xenon Racer for Nintendo Switch: Everything you need to know 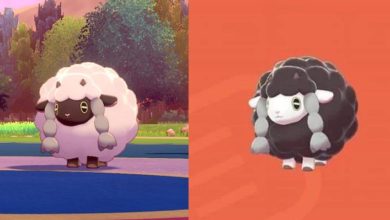 Here’s how to catch shinies in Pokémon Sword and Shield