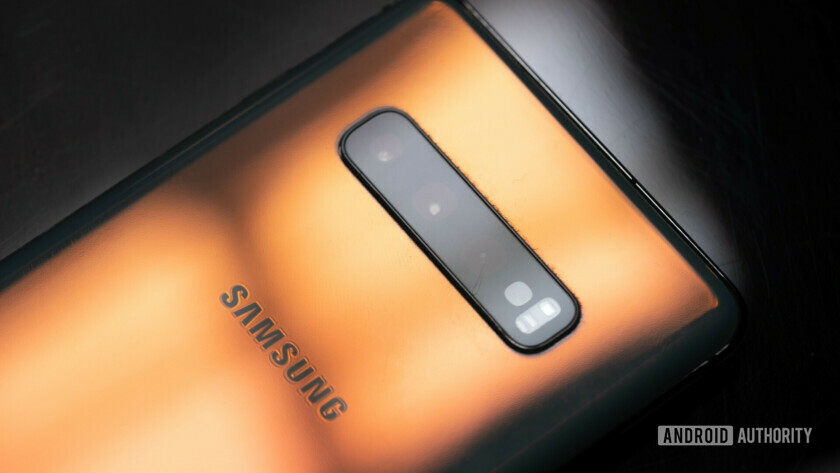 I’m sure many of you use your smartphone as your primary camera. Even those that own a DSLR can’t argue with the convenience of having a good shooter in their pocket. Truth be told, flagship smartphone camera quality is more than good enough for capturing most day-to-day moments. To make matters more exciting, manufacturers show no signs of slowing down improvements. In addition to the dual and triple camera trends, the last few generations of smartphones are also pushing the envelope in terms of wider camera apertures too. But what is aperture, exactly?

It is no longer uncommon to see smartphones with an f/1.8 aperture or better, which used to be a feat even for professional-grade lenses. Devices like the iPhone XS Max, Pixel 3 XL, and Huawei Mate 20 Pro all have f/1.8 apertures. Some manufacturers take this game to another level, though. The Samsung Galaxy S10 and LG V40 both have an f/1.5 aperture.

While numbers are nice for spec sheets, does this aperture number really make pictures look any better? That’s exactly what we aim to answer.

What is aperture? It’s all about light capture

Broadly speaking, photography is all about getting just the right amount of light exposure, and a pretty good rule of thumb for judging camera quality is to figure out how good is it at capturing light. A top notch sensor paired with a flawless lens is the sought after DSLR combination, and the same applies to smartphones, albeit with some limitations.

The small smartphone form factor means that lenses and sensors are smaller, therefore less light reaches them, which has an impact on final image quality. We’ve seen smartphone manufacturers make use of larger 1.2µm to 1.55 µm sensor pixel sizes to combat this, with excellent results, and the other half of the light capture equation is how much light makes it through the lens to reach these pixels. This is where aperture comes in.

Okay, so what is aperture? Aperture is defined by the size of the opening with which light can enter the camera. Aperture is measured in f-stops, which is a ratio of the focal length divided by the opening size. So the smaller the f-stop the wider the opening and therefore more light can reach the sensor, resulting in better low light pictures and less noise. As you narrow the aperture by a full “stop” —or power of the square root of 2 (ƒ/2 to ƒ/2.8, ƒ/4 to ƒ/5.8 etc)— you’ll be halving the light gathering area.

The smaller the f-stop the wider the opening and therefore more light can reach the sensor. This means better low light performance and faster shutter speeds.

This also has the advantage of reducing the shutter speed time required for a set amount of light capture, which reduces blurring in action shots or from shaky hands, making its use with OIS even more powerful. So if you’re looking to capture that perfect still frame, a wider aperture will help you achieve that.

Wikipedia The larger the aperture is, the lower the ƒ-stop number is.

Smartphone cameras are positioned very close to the lens, much closer than in DSLR cameras. A camera’s focal point in the distance between where the light convergences in the lens to the sensor, to smartphone cameras have shorter focal lengths than a DSLR. As we know that the aperture equation is focal length divided by the opening size, this helps to explain why phone cameras have a wider aperture than most DSLR lenses, even though they aren’t necessarily better at light capture.

ExpertPhotography In smartphones, the sensor is very close to the Point of convergence, resulting in a short focal length. However, small sensor sizes prevent this from producing a strong depth of field effect.

Speaking of camera lenses, photography enthusiasts will often associate wider apertures with a shallower depth of field, allowing for a nice soft bokeh. However, with smartphones we’re stuck with a fixed aperture, a smaller image sensor positioned close up to the lens, and a reasonably wide field of view, so a phone camera’s depth of field is never going to be that shallow.

Smartphone sensors are positioned much closer to the lens than in a DSLR, hence why today’s smartphones have a wider aperture ratio even though the opening is smaller.

A f/2.2 smartphone camera actually only provides a depth of field equivalent to an f/13 or f/14 aperture on a full frame camera, which only produces a small amount of blur. Modern phones with enhanced bokeh effects actually rely on software for a more dramatic look.

While a wide aperture is no guarantee of camera quality, a smaller f-stop value allows more light to the sensor, which reduces shutter speed times to cut down on blur, and reduces sensor noise. This value should always be considered in conjunction with pixel size, as larger pixels won’t necessarily require as wide an aperture to capture enough light. However, small pixels and a small aperture is a sure sign that low light performance will be an issue.

The Samsung Galaxy S9 was the first to introduce Dual Aperture technology. You can pick between f/1.5 and f/2.4 on a single lens.

An equally important but often neglected component in all smartphone camera stacks is the lens, and just like everything else these vary considerably in quality too. After all, a dirty lens takes poor pictures, and so it follows that lens glass with poor clarity or transparency will reduce the amount of light reaching the sensor and therefore reduce image quality.

Jopree Mobile camera lens hardware and technology has taken a huge leap in the past few years. More and more megapixels are being squeezed in, along with new features like dual and triple rear …

Smartphones using very wide apertures, such as the new Galaxy S10, require extra special attention to lens design, to avoid aberration distortion and lens-flare effects that have haunted some devices. Consider it like this, it’s trickier to focus light accurately when it’s coming through a wider hole, so even greater care has to be taken when manufacturing the lenses. Aberration distortion covers a range of issues that appear when a lens cannot perfectly focus a point of light. Phones with a wide aperture are by definition less focused on a specific part of the scene than one with a more closed-in aperture, and therefore more prone to problems.

Aberration distortion comes in a variety of effects. These include spherical aberration (reduced clarity and sharpness), coma (blurring or tailing), field curvature (loss of focus at edges), distortion (image convexing or concaving), and chromatic aberration (unfocused colors and split white light), among others. See some examples below (source).

Consider it like this, it’s tricker to focus light accurately that’s coming through a wider hole, so even greater care has to be taken when manufacturing wide aperture lenses.

Lens quality is harder to judge from numbers or a spec sheet, and many phone manufacturers don’t mention it at all. Unfortunately, this matter complicates talk about aperture and pixel sizes, as cheapening out on the lenses could render these developments useless.

Fortunately, some renowned optics companies are now involved in the smartphone market including Zeiss, Leica, and others.

To conclude, lens quality is just as important as the other factors we’ve discussed, if not moreso as a poor lens can undo good engineering done elsewhere. Unfortunately, it’s a tough factor to understand and almost impossible to appreciate without testing the camera out.

Putting it all together

Now you know the answer to ‘what is aperture’, so good on you. As you’ve probably figured out, aperture isn’t the be all and end all of a good smartphone camera setup. Just like most other areas of photography, it’s not a very useful number to go by when making a purchasing decision as it’s not an indicator of quality on its own. However it does offer up a number of advantages, including the possibility for better low light capture and faster shutter speeds.

For the creatives out there, a wider aperture doesn’t really offer much extra in terms of interesting shooting capabilities, besides the potential for better action shots. Lenses are fixed in smartphone and the small size of the sensors means that you’re never going to see much in the way of or have much control over artistic blur, except for very close up shots. These days most phone cameras that offer bokeh effects are doing so via software and/or in conjunction with data from a secondary camera. Wide angle and zoom cameras are more interesting options if you’re looking for unique shots.

Best phones with a triple-camera setup — what are your options?

That being said, small smartphone sensors are particularly sensitive to low light, and a wider aperture, combined with an excellent lens and sensor, should theoretically help to reduce noise and produce better-looking pictures. Ultimately though, the only way to be sure is to test drive the camera yourself.