A large-scale independent study of pre-installed Android apps has cast a critical spotlight on the privacy and security risks that preloaded software poses to users of the Google developed mobile platform.

The researchers behind the paper, which has been published in preliminary form ahead of a future presentation at the IEEE Symposium on Security and Privacy, unearthed a complex ecosystem of players with a primary focus on advertising and “data-driven services” — which they argue the average Android user is unlikely to be unaware of (while also likely lacking the ability to uninstall/evade the baked in software’s privileged access to data and resources themselves).

The study, which was carried out by researchers at the Universidad Carlos III de Madrid (UC3M) and the IMDEA Networks Institute, in collaboration with the International Computer Science Institute (ICSI) at Berkeley (USA) and Stony Brook University of New York (US), encompassed more than 82,000 pre-installed Android apps across more than 1,700 devices manufactured by 214 brands, according to the IMDEA institute.

“The study shows, on the one hand, that the permission model on the Android operating system and its apps allow a large number of actors to track and obtain personal user information,” it writes. “At the same time, it reveals that the end user is not aware of these actors in the Android terminals or of the implications that this practice could have on their privacy.  Furthermore, the presence of this privileged software in the system makes it difficult to eliminate it if one is not an expert user.”

An example of a well-known app that can come pre-installed on certain Android devices is Facebook .

Earlier this year the social network giant was revealed to have inked an unknown number of agreements with device makers to preload its app. And while the company has claimed these pre-installs are just placeholders — unless or until a user chooses to actively engage with and download the Facebook app, Android users essentially have to take those claims on trust with no ability to verify the company’s claims (short of finding a friendly security researcher to conduct a traffic analysis) nor remove the app from their device themselves. Facebook pre-loads can only be disabled, not deleted entirely.

The company’s preloads also sometimes include a handful of other Facebook-branded system apps which are even less visible on the device and whose function is even more opaque.

Facebook previously confirmed to TechCrunch there’s no ability for Android users to delete any of its preloaded Facebook system apps either.

“Facebook uses Android system apps to ensure people have the best possible user experience including reliably receiving notifications and having the latest version of our apps. These system apps only support the Facebook family of apps and products, are designed to be off by default until a person starts using a Facebook app, and can always be disabled,” a Facebook spokesperson told us earlier this month.

But the social network is just one of scores of companies involved in a sprawling, opaque and seemingly interlinked data gathering and trading ecosystem that Android supports and which the researchers set out to shine a light into.

In all 1,200 developers were identified behind the pre-installed software they found in the data-set they examined, as well as more than 11,000 third party libraries (SDKs). Many of the preloaded apps were found to display what the researchers dub potentially dangerous or undesired behavior.

The data-set underpinning their analysis was collected via crowd-sourcing methods — using a purpose-built app (called Firmware Scanner), and pulling data from the Lumen Privacy Monitor app. The latter provided the researchers with visibility on mobile traffic flow — via anonymized network flow metadata obtained from its users.

They also crawled the Google Play Store to compare their findings on pre-installed apps with publicly available apps — and found that just 9% of the package names in their dataset were publicly indexed on Play.

Another concerning finding relates to permissions. In addition to standard permissions defined in Android (i.e. which can be controlled by the user) the researchers say they identified more than 4,845 owner or “personalized” permissions by different actors in the manufacture and distribution of devices.

So that means they found systematic user permissions workarounds being enabled by scores of commercial deals cut in a non-transparency data-driven background Android software ecosystem.

“This type of permission allows the apps advertised on Google Play to evade Android’s permission model to access user data without requiring their consent upon installation of a new app,” writes the IMDEA.

The top-line conclusion of the study is that the supply chain around Android’s open source model is characterized by a lack of transparency — which in turn has enabled an ecosystem to grow unchecked and get established that’s rife with potentially harmful behaviors and even backdoored access to sensitive data, all without most Android users’ consent or awareness. (On the latter front the researchers carried out a small-scale survey of consent forms of some Android phones to examine user awareness.)

tl;dr the phrase ‘if it’s free you’re the product’ is a too trite cherry atop a staggeringly large yet entirely submerged data-gobbling iceberg. (Not least because Android smartphones don’t tend to be entirely free.)

“Potential partnerships and deals — made behind closed doors between stakeholders — may have made user data a commodity before users purchase their devices or decide to install software of their own,” the researchers warn. “Unfortunately, due to a lack of central authority or trust system to allow verification and attribution of the self-signed certificates that are used to sign apps, and due to a lack of any mechanism to identify the purpose and legitimacy of many of these apps and custom permissions, it is difficult to attribute unwanted and harmful app behaviors to the party or parties responsible. This has broader negative implications for accountability and liability in this ecosystem as a whole.”

The researchers go on to make a series of recommendations intended to address the lack of transparency and accountability in the Android ecosystem — including suggesting the introduction and use of certificates signed by globally-trusted certificate authorities, or a certificate transparency repository “dedicated to providing details and attribution for certificates used to sign various Android apps, including pre-installed apps, even if self-signed”.

They also suggest Android devices should be required to document all pre-installed apps, plus their purpose, and name the entity responsible for each piece of software — and do so in a manner that is “accessible and understandable to users”.

“[Android] users are not clearly informed about third-party software that is installed on their devices, including third-party tracking and advertising services embedded in many pre-installed apps, the types of data they collect from them, the capabilities and the amount of control they have on their devices, and the partnerships that allow information to be shared and control to be given to various other companies through custom permissions, backdoors, and side-channels. This necessitates a new form of privacy policy suitable for preinstalled apps to be defined and enforced to ensure that private information is at least communicated to the user in a clear and accessible way, accompanied by mechanisms to enable users to make informed decisions about how or whether to use such devices without having to root their devices,” they argue, calling for overhaul of what’s long been a moribund T&Cs system, from a consumer rights point of view.

In conclusion they couch the study as merely scratching the surface of “a much larger problem”, saying their hope for the work is to bring more attention to the pre-installed Android software ecosystem and encourage more critical examination of its impact on users’ privacy and security.

They also write that they intend to continue to work on improving the tools used to gather the data-set, as well as saying their plan is to “gradually” make the data-set itself available to the research community and regulators to encourage others to dive in. 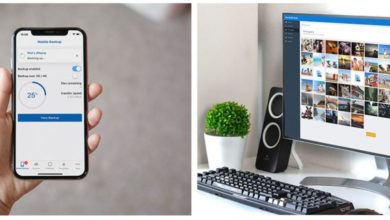 Backup in a snap with unlimited Livedrive cloud storage