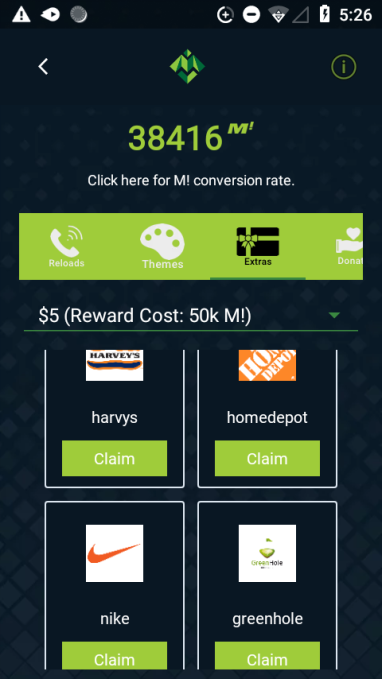 Moolah Mobile is teaming up with SurgePhone Wireless to offer people a new way to pay their cell phone bills — by putting ads on their homescreens.

Moolah CEO Vernell Woods (pictured above) said the startup has already been offering gift cards and other rewards to users who view its homescreen ads. So this is a similar model, except instead of leading to gift cards, the ads are subsidizing cell phone service from Surge.

The ads show up on users’ homescreens during all those interstitial moments between using apps, so the goal is to offer free service without consumers having to change their behavior. Woods said all that ad time adds up, with “the average person who’s using their phone on a consistent basis” viewing “easily between two to three hours” of homescreen ads each day. And that’s enough to pay for the “equivalent” of Surge’s $10 monthly plan.

On the other hand, if for some reason a subscriber isn’t hitting the necessary total, Woods said they can also earn more points by accepting offers or taking surveys.

Moolah isn’t the only company using advertising to make previously paid products free. Just last week, I wrote about PreShow, a startup promising a free movie ticket for watching 15 to 20 minutes of ads. (Not everyone was crazy about the idea.)

But Woods said he’s doing this because he wants to make wireless service more affordable to people in low-income communities. In the announcement, Moolah investor Tip “T.I.” Harris said it’s “one of the few tech companies I’ve seen who truly want to help everyday people have access to technology.”

But could this also be seen as a way to harvest personal data from a vulnerable population? Woods said he wants to protect against that with a blockchain initiative set to launch this fall, allowing users to see exactly what data is being shared with advertisers.

“No personal information should be going to advertisers without users knowing about it,” he said, adding that companies “definitely should not be making money off” personal data without giving users a cut of the profits.

The subsidized wireless service should be available on Surge Volt Android devices with Moolah install kits, as well as on SIM Starter Kits distributed by Surge. Moolah and Surge said they will roll this out in Florida, Virginia, Georgia and Texas initially, with an aim of reaching 40,000 locations by the end of the year.