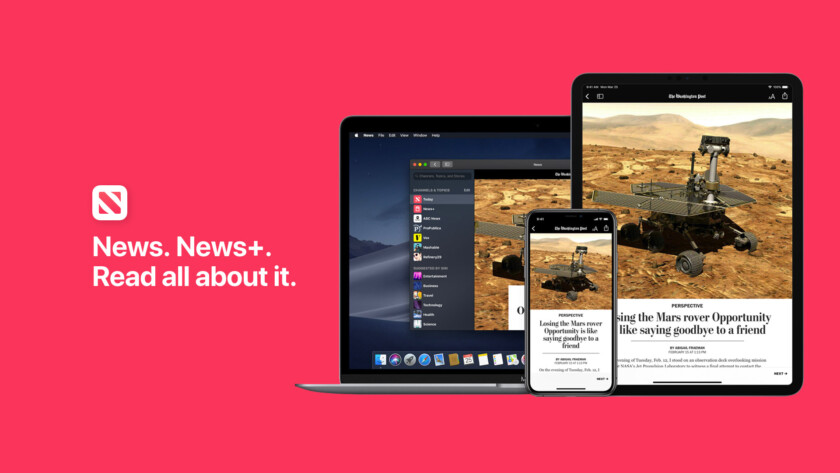 When Apple purchased digital magazine service Texture back in March 2018, it was only a matter of time until Apple would spawn a new service. Lo and behold, Apple announced Apple News Plus earlier this week during its services-focused event.

Unfortunately for Android users and others without Apple devices, Texture announced earlier today that the service will shut down May 28, 2019. Texture users can presumably still use the service in full until then, with existing customers offered a one-month free trial to Apple News Plus.

However, the news must sting for existing Texture users who don’t own a Mac or iOS device. Apple News Plus is only available for Apple devices, which means Android users can’t even try out the new service unless they visit the Apple Store.

Apple Apple helped to launch the personal computer revolution in the 1980s with its Mac PCs, and revolutionized the music industry in the 2000s with the iPod and iTunes. It jumpstarted the smartphone business with …

Also keep in mind that the one-month free Apple News Plus trial offered to current Texture users is the same deal that all new Apple News Plus subscribers get. Lastly, it’s a bit surprising that there isn’t an Android version of Apple’s new service when the company published and continually updates its Apple Music app on the Google Play Store.

The only silver lining we can see is that Apple News Plus expands on what Texture offers. Apart from magazines, Apple News Plus also provides access to newspapers like The Los Angeles Times, The Wall Street Journal, and Toronto Star. It also provides access to online publications like theSkimm, The Highlight by Vox, New York Magazine’s Vulture, and more.

Secure your data when transferring to a new Synology Diskstation

Learn how to build Android and iOS apps simultaneously with Xamarin