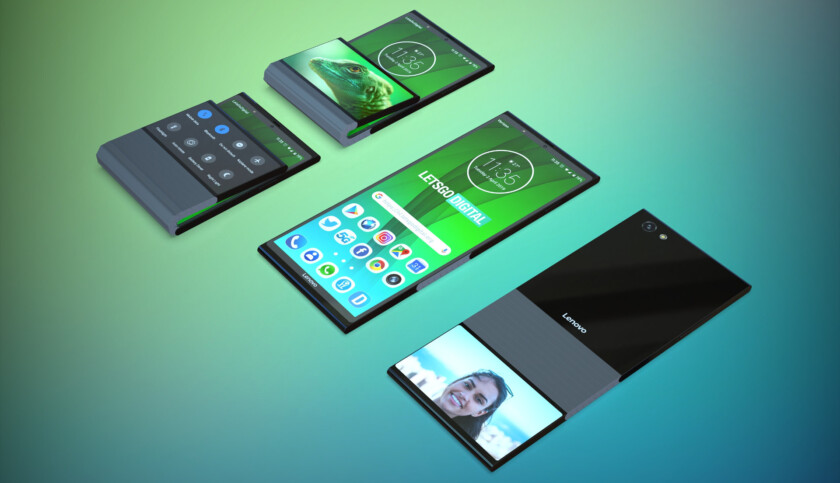 The patent, filed on the World Intellectual Property Organization (WIPO) website, shows a clamshell phone that opens up to reveal a tall display. We also see a rather large hinge here, allowing the phone to fold at multiple points (rather than one fixed point).

Further, Lenovo’s patent shows that the device has a small screen on the lower section of its back (as seen above). This screen could potentially be used for notifications, quick setting toggles, and time/date functionality when the device is folded. But the secondary display could be used when unfolded too, theoretically allowing subjects to see themselves when you’re taking photos (although your hand might block this screen).

Phones with true flexible and foldable displays are on the way! After a brief flirtation with phones like ZTE Axon M, which joins two screens with a hinge in a clamshell design, ww now know that the …

This Lenovo foldable phone is still just a patent at this point, so it doesn’t necessarily mean we’ll see this device any time soon (if at all). Motorola is also tipped to launch a RAZR foldable device that seems more practical than this patent.

The foldable phone landscape is also heating up thanks to front-runners Samsung and Huawei. And with Xiaomi and Oppo demonstrating products too, it looks like consumers might be spoilt for choice in the coming months. 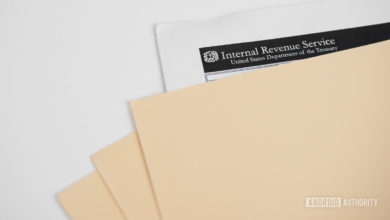 Common phone scams you should be aware of