Photo-editing app-maker VSCO has filed a lawsuit against competitor PicsArt.

The suit focuses on 19 PicsArt filters that were supposedly “reverse engineered from VSCO’s filters,” with VSCO alleging it has become a legal issue involving false advertising and violations of the app’s terms of service.

“VSCO has invested significant time and resources in developing its presets [a.k.a. filters], which represent valuable intellectual property of VSCO,” the company writes.

In a statement, PicsArt denied the suit’s claims:

VSCO is not a direct competitor, but they clearly feel threatened by PicsArt. VSCO’s claims are meritless. It’s disappointing that they have made these false claims against us. PicsArt will vigorously defend itself against these baseless claims and all options are under consideration.

In addition, the suit accuses PicsArt of engaging in false advertising by describing the filters in its PicsArt Gold subscription as “exclusive” and “only for [PicsArt] Gold users.”

Why is VSCO so sure that the PicsArt filters were based on its own? The suit says:

VSCO’s color scientists have determined that at least nineteen presets published by PicsArt are effectively identical to VSCO presets that are only available through a VSCO account. Specifically, VSCO determined that those PicsArt filters have a Mean Color Difference (“MCD”) of less than two CIEDE2000 units (in some cases, far less than two units) compared to their VSCO counterparts. An MCD of less than two CIEDE2000 units between filters is imperceptible to the human eye and cannot have been achieved by coincidence or visual or manual approximation. On information and belief, PicsArt could have only achieved this degree of similarity between its filters and those of VSCO by using its employees’ VSCO user accounts to access the VSCO app and reverse engineer VSCO’s presets.

The suit goes on to claim that VSCO’s lawyers sent PicsArt a letter in February demanding that the company identify and remove any filters that were reverse engineered or copied from VSCO. The letter also demanded “an accounting of all profits and revenues generated from such filters” and that PicsArt identify any employees who had created VSCO accounts.

In VSCO’s telling, PicsArt then responded that it was “in the process of replacing certain underperforming filters and modifying others,” including the 19 filters in question, but it only removed 17 — and supposedly two of the new filters “were similarly reverse engineered from VSCO’s proprietary presets.” The suit also says PicsArt has failed to provide the information that VSCO demanded.

VSCO does not appear to be suing for a specific monetary value, but the suit asks for “disgorgement of any proceeds obtained from PicsArt’s use of VSCO filters,” as well as injunctive relief, compensatory damages and “the costs of corrective advertising.”

You can read the full complaint below.

VSCO Complaint by on Scribd 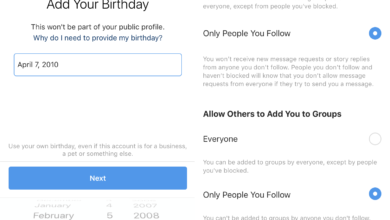