Yesterday, you could AirPlay Netflix from any iOS or macOS device to Apple TV. Today, tomorrow, and for the foreseeable future, not so much.

Netflix has already made it clear it wants nothing to do with Apple’s TV.app one-stop viewing spot or the upcoming Channels feature where people can subscribe to additional services from within the same interface as Apple’s own, also upcoming, TV+. But, now, Netflix also seems to want no more part of Apple’s AirPlay content beaming feature either. Which is especially odd given Netflix has supported it until, well, today.

We want to make sure our members have a great Netflix experience on any device they use. With AirPlay support rolling out to third-party devices, there isn’t a way for us to distinguish between devices (what is an Apple TV vs. what isn’t) or certify these experiences. Therefore, we have decided to discontinue Netflix AirPlay support to ensure our standard of quality for viewing is being met. Members can continue to access Netflix on the built-in app across Apple TV and other devices.

Aha ⁦@StarFire2258⁩ found out what’s up with Netflix and AirPlay: AirPlay 2 doesn’t send device IDs, so Netflix can’t certify all those new AirPlay-capable TVs. The unforeseen problems of opening your protocols! https://t.co/WIi1j6dcxh

I don’t really blame them for calling it a “technical limitation”, but it’s a bit frustrating that they’re throwing out something that already works and has worked for years. And it makes it sound like it’s something they can’t do, rather than the truth, which is that they’ve chosen not to.

Either way, it’s a shame. While most devices have Netflix either built-in or easily downloadable now, if you’re visiting a friend or family member who has an Apple TV or TV set with AirPlay built-in, simply being able to stream from your account, without having to get them to subscribe or having to log yourself in, is way more convenient.

Or, at least it was. 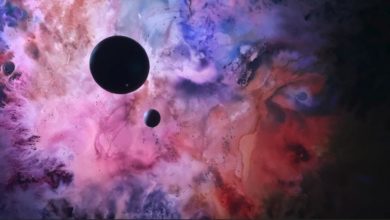