The new AirPods look identical to the old model save for the single LED centered on the front of the wireless charging case, but there are a few adjustments under the hood that may make Apple’s latest true wireless earbuds worth their price tag.

What’s the difference between the old AirPods and the new AirPods? 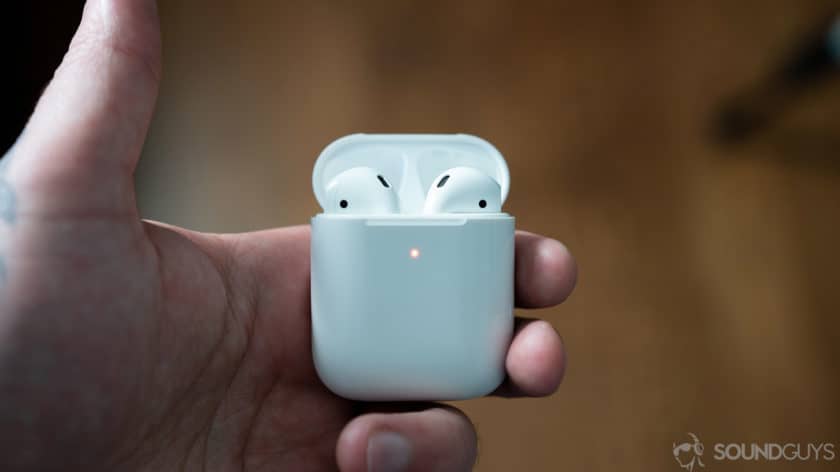 The new AirPods wireless charging case has the same dimensions as the first-generation standard case.

Despite appearing identical, the internal changes do improve the overall experience. Granted, the improvements are more obvious for iPhone users, as the H1 chip inside the new AirPods is optimized for iOS, not Android, devices. Let’s talk about what made headlines for the new AirPods: Siri integration.

It seems more and more headphone manufacturers are integrating Google Assistant or Amazon Alexa into their headsets, so it only makes sense that Apple follows suit. While the previous version allows users to access the beloved virtual assistant with a double-tap of the earbud, the 2019 model grants access with the hot word “Hey Siri.” This is great for listeners looking to make inquiries while cooking or working out.

Apple’s old AirPods use the company’s proprietary W1 chip, which facilitates quick pairing, stable connectivity, and energy efficiency. The new version, however, uses the H1 chip, which improves upon device synchronization and affords a 50 percent increase in talk time. What’s more, Apple claims that switching between iOS devices is now twice as fast as it was with the W1 chip. The original AirPods operate via Bluetooth 4.2 and supported the AAC codec, while the latest version has been upgraded to Bluetooth 5.

According to objective testing from our sister site SoundGuys.com, the first-gen AirPods have a battery life (streaming music at 75dB) of 3.45 hours which — by true wireless standards — is passable. That said, the new iteration allows for 4.175 consecutive hours of playback under identical conditions. While it may not seem a marked improvement, it is a 21 percent increase. This is significant considering that the dimensions and weight of both AirPods are equal.

The new AirPods earbuds feature the same seal-less design as the previous generation.

For better or worse, Apple retained the same exact form factor as the original AirPods.

Apple adores its minimalist aesthetic so much, that, in fact, it retained the exact same design as the old AirPods with the update. The wireless charging case is the same as the old model with the addition of a translucent LED indicator to notify users of charging status. By maintaining the same physical specifications, users are able to plop old AirPods into the new wireless charging case, hence the option to purchase one separately for $79.

Apple’s W1 chip: What is it, and why don’t Android users get a bite?

Although the original design of the AirPods is clean and attractive to many, listeners are still bound to experience auditory masking due to the poor isolation properties. This translates to under-emphasized bass reproduction and generally less clarity than a pair of earbuds with a proper seal provide. Any audio enthusiast will turn a frown at the idea of listening to AirPods; if you fancy yourself an audiophile, do yourself a favor and skip ahead to learning about other true wireless products instead.

Aside from a hit to audio quality, the lack of seal means that the AirPods are still prone to unanticipated ejection upon abrupt movement. This is a huge problem for true wireless earbuds, since losing one means good riddance to stereo listening.

Do the new AirPods work with Android phones?

Yes, the new AirPods work with Android phones — albeit not nearly as well as they do with with iPhones.

Connecting is a more involved process that requires users to open the charging case, hold the button on the back of the case, and select the AirPods from the phone’s Bluetooth menu. According to SoundGuys, connectivity stutters were fairly frequent depending on which phone you used, tallying around nine hiccups in just two hours with the Google Pixel 3.

Connectivity suffers when using the AirPods with an Android phone as opposed to an iPhone.

Since the H1 chip is optimized for iOS devices, Android users don’t get all the same perks. For instance, the automatic play/resume feature is an iOS-exclusive. Double-tapping the side of the earbuds does — however — prompt Google Assistant, so at least Apple didn’t bar third-party assistant access. Furthermore, AAC codec performance varies widely across Android phones, but it’s not the codec’s fault. Rather, this incongruous streaming has to do with how Android phones process AAC, which demands much more processing power than either SBC or aptX.

On the flip side, connecting to iOS devices is a breeze that requires listeners to simply tap a pop-up card that appears on an iOS device’s screen to initiate pairing. This then prompts the AirPods to connect to every device in a user’s iCloud account, a nifty time-saving feature for those invested in the Apple ecosystem.

Should I buy the new AirPods?

The H1 chip and hands-free access to Siri may be worth the upgrade for some, but for most, the first-generation AirPods are good enough.

As with most things in life, it depends. Although the new AirPods aren’t a harbinger of groundbreaking innovation for Apple, they do perform well and reliably like their forerunner. If hands-free access to Siri and wireless charging are features you’d frequently use, then by all means, these are a justifiable upgrade.

However, if you don’t care much for either and are fine with the original AirPods’ battery life, keep those in your ears instead. And if you’re an Android user looking for the best AirPods equivalent, check out the Samsung Galaxy Buds instead. 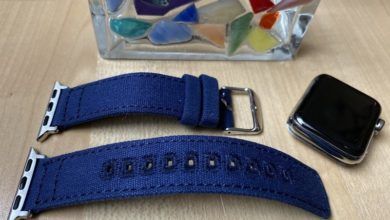 Samsung losing more ground in India while Vivo gobbles it up