With battle royale games seemingly here to stay, developer NetEase reportedly received approval to launch its self-developed battle royale intellectual property (IP). Previously called FortCraft, the game is now called BuildTopia and is coming to a phone near you.

From the gameplay video above, it’s not hard to see BuildTopia’s influences. The building elements are reminiscent of Minecraft, while the visuals are similar to those of Epic Games’ Fortnite. No wonder why BuildTopia was originally called FortCraft. The game even features elements from Apex Legends, according to Niko Partners analyst Daniel Ahmad.

NetEase recently got approval to launch its self developed battle royale IP, Fortcraft.

The game is now called BuildTopia and incorporates elements from Fortnite and Apex Legends.

Game is in closed testing. Over 1m pre-registrations. pic.twitter.com/dKtDpVZDJS

Based on the video that Admad published on Twitter, BuildTopia features six locales. As with other battle royale games, BuildTopia puts you in a map with 99 other players. Each match is timed, with the map gradually shrinking over time. The last player standing wins the match, with players able to use a variety of weapons and vehicles to hopefully win.

https://youtu.be/fRrONDTwsFo Earlier today, Epic Games announced that the first Fortnite World Cup Finals will take place from July 26 through July 28 in New York City. Pre-registration for tickets is now open and is available through …

What’s interesting is that NetEase is no stranger to battle royale games — the developer previously released Rules of Survival and Knives Out on mobile. That said, NetEase’s brought in plenty of money from those games. According to analytics firm Sensor Tower, Knives Out earned an estimated $465 million on the App Store and Google Play Store.

It wouldn’t be surprising if BuildTopia brings in considerable amounts of money for NetEase. Whether the game lands the developer in legal trouble, however, is something else — PUBG Corp. filed a lawsuit against NetEase in April 2018 over alleged similarities between PUBG and NetEase’s battle royale games.

Nintendo might be making a smaller and more affordable Switch

Shred your digital files out of existence for just $20 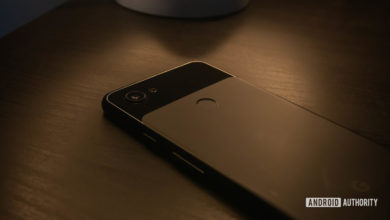